The Ad Cost Impact Analysis report released by SQAD LLC, an advertising research, analytics, and media planning software company, shows how networks like NBC and Fox News can be protected from revenue fluctuations in the face of controversies and/or advertiser boycotts.

“In analyzing the data from MediaCosts: National, we can clearly see that the impact of the boycott on Laura Ingraham’s program — initiated by tweets she made after the Marjory Stoneman Douglas High School shooting — was limited on the network’s bottom-line,” says SQAD Product Manager, Dan Klar. “Because so much inventory was sold in the 2017 upfronts, there was almost nothing an advertiser could do other than move their ads around on the network. It’s easy to see in the numbers that not only did Laura Ingraham weather the boycott well, her average ad price was up from before the boycott started.”

SQAD’s Ad Cost Impact Analysis for Upfronts includes insights for three popular programs that have recently experienced controversy or heightened attention. The report looks at the cost impact on “The Today Show” after revelations and allegations surfaced around Matt Lauer; the ad boycott on “The Ingraham Angle”; and the unexpected “Trump Bump” in ad values for “Fox & Friends.”

Depending on the volume sold, a network may not be able to fully capitalize on unseen ratings spikes, social interest, or attention that might otherwise temporarily drive up the market value of a program’s ads.

Trump’s affinity for Fox & Friends had a disproportionate impact on the unit costs compared to viewership rating, illustrated by the pre- and post- upfront trends (see graph above).

The high volume of media sold in the upfront buying season can have a revenue insulating effect for a network in times of controversy, so long as that controversy is short-lived and the network can quickly pivot from the news cycle.

Did the Matt Lauer controversy affect unit costs for The Today Show? 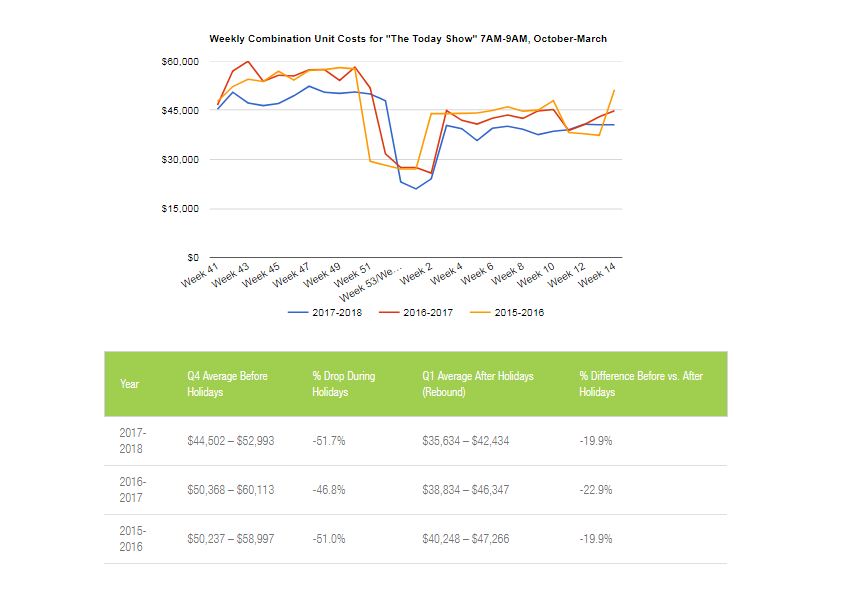 It is unlikely the Matt Lauer controversy had a negative effect on the average unit costs for The Today Show.

Advertiser boycotts are meant to send a message to a network’s bottom line – forcing them to decide if the potential loss of revenue is worth maintaining the programming or personality at the center of the controversy. 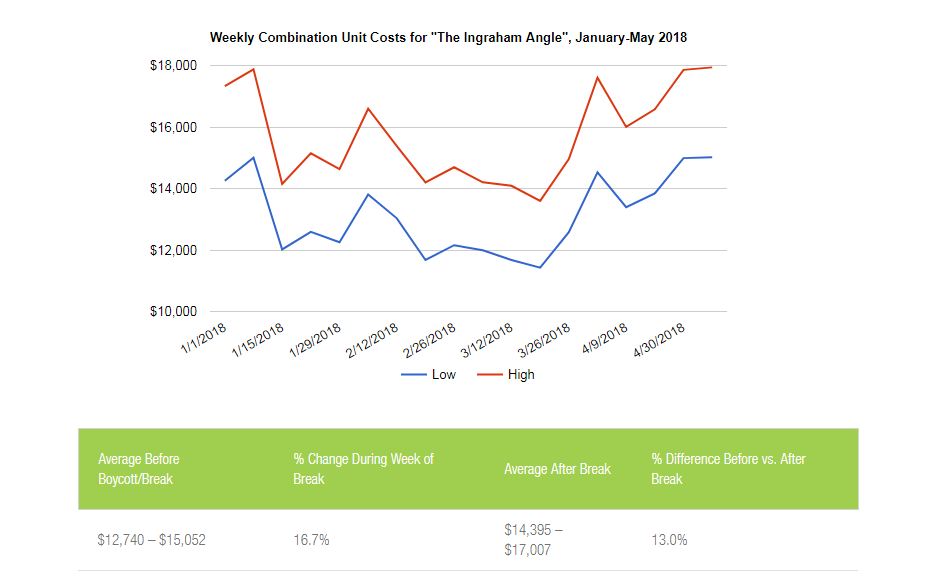 FOX News was not adversely affected by the ad boycott on The Ingraham Angle.

“The power of the upfront buying process is clear when looking at examples like these,” comments Marc Krigsman, CEO of SQAD. “Networks provide themselves solid revenue consistency for the upcoming year even if a controversy takes the news cycle. The flip side of that coin is shown in the example of ‘Fox & Friends’ where the network was not able to fully capitalize on their VIP viewer (Trump) until after the upfronts of 2017 when there was an obvious market cost correction based on the influence available to advertisers targeting that program.”

Recommended Read: Blockchain in Advertising: The Implications for Every Player in the System

African Metaverse Opens Up to the World

Verisk Welcomes Olumide Soroye to Its Board of Directors

Adept Builds a Powerful AI Teammate for Everyone with Oracle…

Influencer Market: Brands are Getting More Creative and…