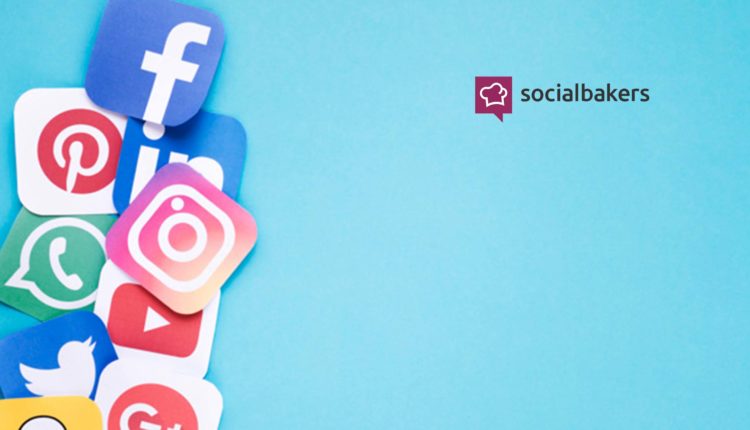 Among top 50 brand profiles, Instagram has a larger audience and nearly 20X more interactions than Facebook, according to Socialbakers’ new Q4 2019 Trends Report

Socialbakers, the unified marketing platform for social media marketers, released a comprehensive report on Social Media Trends for Q4 2019. Key insights from the report include Instagram overtaking Facebook in audience size, the relative decline in engagement during the holiday season, the popularity of vertical videos, the dominance of women among fans and followers, growing ad spend, and the continuing explosion of influencer marketing.

“The writing has been on the wall for some time, but now it’s official. When it comes to the top 50 biggest brand profiles, Instagram has a larger audience than Facebook,” said Yuval Ben-Itzhak, CEO, Socialbakers. “That development was not a surprise. What was unexpected in Q4 2019, however, was the relative decline in engagement during the holiday season. This is a warning sign that brands require a deeper understanding of which types of content their audiences find compelling, and an agile method to get that content in front of them.”

The key findings of the Q4 2019 Trends report include:

Engagement: A surprising drop in interactions

Despite attempts to attract consumers during the holiday season, the relative post interactions for both Instagram and Facebook were lower in Q4 2019 than a year ago. This was true even among the most successful industries on social media. Fashion, the top industry on Instagram, decreased by 19.4%, while the top industry on Facebook, Ecommerce, decreased by 9.6% versus Q3 2019. This may indicate that brands need to get smarter about the content they post, and focus on top quality content in smaller volumes to increase engagement.

However, one interesting success story in Q4 engagement is the Services category. It achieved a 66.7% jump in engagement on Instagram compared to Q3 2019. On Facebook, Services finished fourth with 7.6% of total interactions after not making the top eight in the previous quarter. Services is a wide-ranging category that includes lawyers, accounting services, hairdressers, car repairs, IT services, conference and event organizers, and weight-loss courses.

Marketers often wonder whether viewers prefer videos that were shot horizontally or those that were shot vertically. Currently, about 70% of videos on Facebook brand pages are shot horizontally. But according to Q4 data from those Facebook brand pages, vertical videos perform better than horizontal videos across the board. For videos shorter than 30 seconds (which is the most popular video length), vertical videos were completed by viewers 29.9% of the time, while horizontal videos were completed 22.2% of the time.

According to the Q4 2019 data, women make up the majority of fans and followers of brand pages on both Instagram and Facebook. On Instagram, 58% of brand page followers were female, comprising the majority of every age demographic. On Facebook, women made up 56.7% of the total audience of page fans, although there were slightly more men in the 18-24 age demographic. Women are also the largest group of people mentioning and interacting with brand pages in the prime marketing demographic of 25-34. Overall, women represented 56.4% of the audience engaging with brands in Q4 2019.

One trend that remains unchanged is the skyrocketing growth of influencer marketing. In Q4 2019, the number of influencers using #Ad or the local language version in their posts exploded by 90.5%. For the third straight quarter, the top Instagram brand profile in the world associated with influencers was Walmart, which had 854 mentions from 619 influencers in Q4 2019. Other profiles with successful influencer partnerships included Daniel Wellington, iDeal Of Sweden, and FashionNova.com.