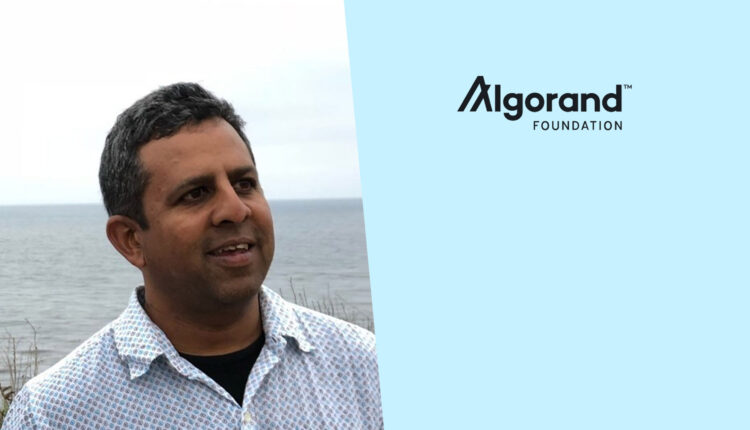 Kakani has decades of experience in the public and private sectors in India and the United States. The Algorand Foundation’s AlgoBharat initiative will bring a new wave of developers and companies to the Algorand blockchain in India

The Algorand Foundation, whose mission is to empower the ecosystem of Algorand, the carbon-negative Layer 1 blockchain invented by Turing Award winner and MIT professor Silvio Micali, has appointed Anil Kakani as India Country Head. In this new role, Kakani will lead AlgoBharat and all India-based programming and projects for Algorand, including university-level educational programs, community programs, and private and public partnerships.

“The pool of developer talent in India is deep, and there is rapidly growing interest in Web3 across the country. I am excited to lead the Algorand Foundation’s initiatives in both developer education and private-sector outreach,” said Kakani. “My vision is that thousands of students across university campuses can learn to build on Algorand’s best-in-class technology, and then create world-changing products and services. In this way, India is poised to become a leader in the future of Web3.”

Kakani is already familiar to many in traditional finance, and the India technology sector. He held several public and private sector roles in Washington DC, including as a Senior Advisor for India at the US Treasury, where he established the first bilateral partnership between the US Treasury and India’s Finance Ministry. He was Director of Commercial Development for India at Corning Incorporated, and has held senior leadership positions at Anand Rathi Investment Banking in India and Vikasa Holdings in the United States.

“The huge depth of talent and years of persistent growth in India make it a critical area of potential growth for the Algorand blockchain,” said Staci Warden, CEO of the Algorand Foundation. “Anil’s track record in both the U.S. and India, and his rare combination of financial sector, entrepreneurial, and public policy experience makes him the perfect person to lead our initiatives in this important market.”

Marketing Technology News:  How To Build an Audio Visual Set Up for Your Webinar