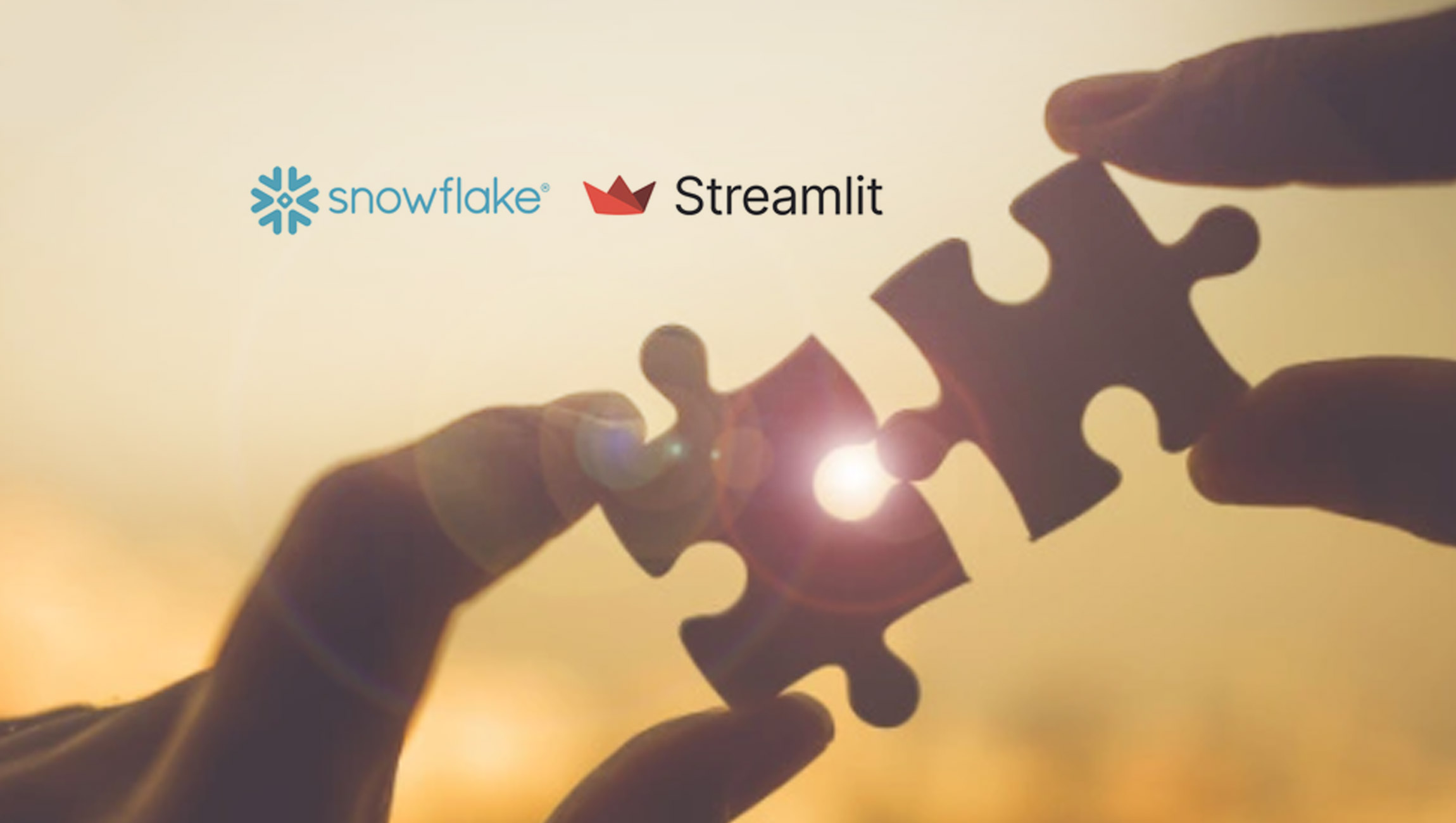 Snowflake, the Data Cloud company, and Streamlit, a framework built to simplify and accelerate the creation of data applications, today announced that they have signed a definitive agreement for Snowflake to acquire Streamlit. With this strategic acquisition, the two companies will join forces to unlock the unrealized potential of data and make it easier to build beautiful applications. Closing of the acquisition is subject to the receipt of required regulatory approvals and other customary closing conditions.

“At Snowflake, we believe in bringing together open standards and open source with industry-leading data governance and security”

Developers want flexibility when working with data, simpler environments that require less administrative work and maintenance, and immediate access to the data they need while maintaining the highest standards of governance. The Snowflake Data Cloud provides developers and data scientists with a secure collaboration hub for data they can trust. Thousands of customers already depend on the Snowflake Data Cloud for critical data workloads backed by leading security and governance.

Streamlit’s open-source framework enables developers and data scientists to build and share data apps and to do so quickly and iteratively, without the need to be an expert in front-end development. Developers and data scientists already trust Streamlit for building data applications and interactive data experiences. Streamlit has over 8M downloads and more than 1.5M applications have been built using their framework.

Together, the two companies will enable developers to build apps using tools they love with simplified data access and governance. Streamlit users will benefit from greater resources for continued innovation on Streamlit’s framework and easier access to trusted and secure data to power their data applications. Snowflake customers will be able to leverage Streamlit’s robust app development framework to further unlock data with the Snowflake Data Cloud. Both will benefit from an even larger and more active community contributing to the Streamlit framework.

“At Snowflake, we believe in bringing together open standards and open source with industry-leading data governance and security,” Snowflake Co-Founder and President of Products Benoit Dageville said. “When Snowflake and Streamlit come together, we will be able to provide developers and data scientists with a single, powerful hub to discover and collaborate with data they can trust to build next generation data apps and shape the future of data science.”

“Streamlit’s community of developers, open source contributors, and creators is core to our success and we’re always looking for ways to further support the community with simple and powerful tools to build apps,” Streamlit CEO and Co-Founder Adrien Treuille said. “By joining forces with Snowflake, both the Streamlit and Snowflake developer communities will be able to tap into cutting edge technologies for unlocking data’s true potential.”

nShift: 40% Of Consumers Want to “Try Before They Buy”