How D2C Companies Can Move Successfully into Brand-Building 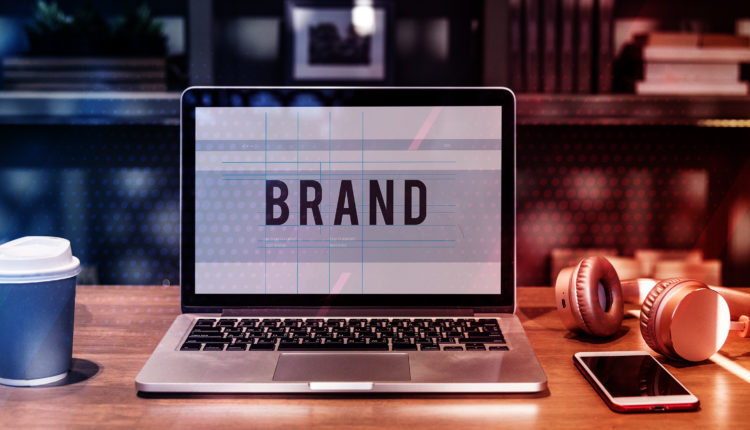 Just two and a half years after its launch, Brandless stopped taking orders and laid off over 70 staff. Once on track to disrupt the high-quality organic produce market that the likes of Whole Foods dominates, the company blames the crowded e-commerce market for its downfall. The disrupter became disrupted. Brandless is not the only Direct to Consumer (D2C) brand experiencing the negative effects of oversaturated markets. In the past, D2C brands relied heavily on Performance Marketing, with 98% of such brands believing that they must invest in paid media to grow. This is not a viable strategy any more with stiff competition pushing up Customer Acquisition Costs (CAC) to a level that is difficult for companies to sustain.

As a result, D2C brands are shifting away from increasingly expensive performance marketing to adopt more traditional tactics, such as TV advertising. But how do brands that are so used to getting instant results measure their success as they diversify and develop? The gold standard is brand awareness, and Latana’s recent research into brand awareness of leading D2C brands in the United States sheds light on how D2C players can get it right and make their mark.

Read more: AI Is Changing How Brands Develop Creative – Here’s What the Future Is Looking Like

One-off paid campaigns are not going to make your brand stick in the mind of consumers. But having a compelling story will. Brands need to evoke emotion and entwine that emotion with the facts. The key is to tell customers not only why they should buy your product, but the story behind the product, what it stands for, and why it matters.

In the chart below, excluding the brands that are in dark grey (included only for comparative purposes), Dollar Shave Club is the D2C company with the highest brand awareness. 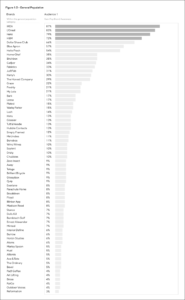 Dollar Shave Club was bought by Unilever back in 2016 for a staggering $1 billion. The brand’s amazing storytelling was a key contributor to getting it to this position. Founder Michael Dubin was a young creative who took classes from The Upright Citizen’s Brigade.

While doing so, he also took on various Television and Marketing jobs, and at the Christmas party of one of these jobs, he was asked to help sell 250,000 razor blades brought in from Asia.

Dubin had the idea of creating a razor blade subscription service that provided men with blades at a reasonable price and eliminated the hassle of going to a shop and purchasing them. However, he knew he had to be able to speak to men like himself in order to convince them to subscribe, so he made a video:

Target Audience is Important When Building a Brand

Dollar Shave Club identified its target audience and focused its Marketing campaigns toward them. This strategy was key for the company to grow in the early stage – something today’s emerging D2C brands should also take on board.

Mass Marketing to the general population is not recommended. It will hold you back from creating a strong brand, your messaging won’t be inspirational, you won’t stand out against competitors – the list goes on.

As a brand grows, it will become better known by the general population. Just look at the example of the Dollar Shave Club above. But it also started out by targeting a specific niche audience only, and other D2C brands would do well to follow its example.

Social Media Metrics Can Be Misleading

The chart below illustrates another key branding point: social media metrics aren’t always a reliable indication of how well a company is performing, especially in terms of brand awareness. 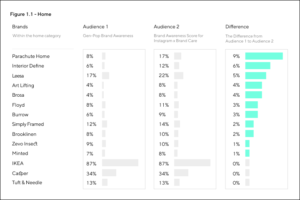 It is easy to think that having a high number of Instagram followers equates to high brand awareness. However, Parachute Home and Casper show that this is not the case. Parachute Home reigns king of the homeware brands, performing better with an audience of frequent Instagram users who care about the brand than with the general population. This is perhaps unsurprising considering it has amassed 300k followers on Instagram. But if you look specifically at this audience, you will see that Casper significantly outperforms Parachute Home, despite having just 161k Instagram followers.

Even if more people are seeing Parachute Home’s content, it doesn’t necessarily mean the brand is sticking with them. Even if users engage with the content at the moment, it still doesn’t mean they will remember the brand later on if asked. That’s why it is important for D2C companies to measure key brand KPIs, such as brand awareness, away from social media platforms to discover if their campaigns are indeed having a positive impact.

Marketing Decisions Based on Assumption Can Hinder Progress

For D2C companies looking to grow outside performance marketing and build a strong brand, tracking brand performance is essential. A key benefit is that the data provided via brand tracking can help them make decisions based on facts rather than assumptions.

Thinking you know an audience can take you in the wrong direction. For example, the chart below (Figure 4.2) shows brand awareness levels for 18-35 and 36-65-year-olds who consider themselves environmentally conscious. 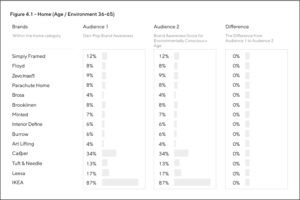 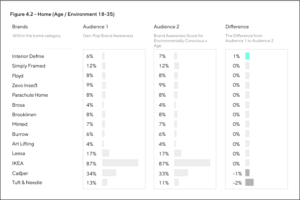 The media would have us believe that younger people are more environmentally conscious and consequently saving the world. After all, they are the ones who have been at the forefront of climate protests in the past few years, led by teenager Greta Thunberg. Therefore, you might expect to see some significant differences in awareness between environmentally conscious 18-35-year-olds and 36-65-year-olds. However, our analysis revealed that there is, in fact, no difference in brand awareness levels between these audiences (when compared with the general population). Imagine if a brand made the same assumption and continued to invest thousands into campaigns focusing on a younger audience, believing them to be more receptive to their sustainability credentials? Not the most effective use of their Marketing spend, perhaps.

For D2C brands serious about growth, focusing more of their efforts on the brand building will stand them in good stead for the future. It’s the best and most effective way to continue the growth they have experienced via performance marketing. However, not all brand awareness is equal, and in a crowded marketplace, the companies that move away from short-term thinking and immediate returns to invest in building relationships with the right audience will succeed in the long-term.

Launching a Beverage During a Pandemic? Four Ideas to Improve Marketing and Success

LiveXLive’s PodcastOne Enters Into A Partnership With…

Launching a Beverage During a Pandemic? Four Ideas to…