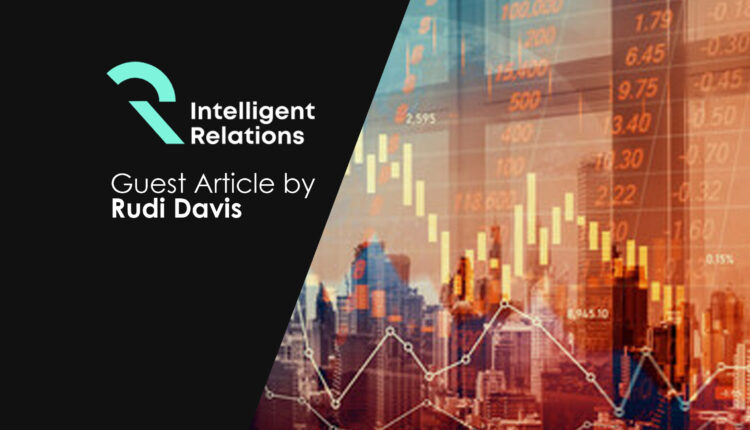 With many companies now preparing for the coming storm of an economic recession, the need for budget cuts has become a top priority across multiple industries. Knowing which expenditures to cut and which to keep can make for some tough but necessary decisions if a company’s bottom line is to be protected.

Unfortunately, in their rush to make quick cuts, public relations is often one of the first things to be put on the chopping block. Cutting your PR budget might be highly tempting, but it is the wrong way to go about things during an economic downturn. In such times, effectively communicating with your customer base remains highly important for sustaining your business, perhaps more than ever.

With that in mind, it’s worth looking into some ways you can adjust your PR strategy without compromising your business’s reach.

Why PR still matters during downturns

Times of economic uncertainty are when the public needs to know you are still standing and PR remains the best way to achieve that. Numerous studies have shown the advantages of maintaining or even increasing your PR budget during a turbulent economy when everyone else is tightening their belts. By continuing to receive media mentions and third-party endorsements, you are keeping your company’s brand image fresh in people’s minds.

And if your competition is lying low, it will be that much easier for you to stick out in the minds of the public. Companies that cut their PR budget during a downturn can lose sales and get overtaken by their competitors. This is what happened to McDonald’s back in the 1990 recession when marketing cuts resulted in Pizza Hut and Taco Bell overtaking McDonald’s in market share. McDonald’s sales fell by 28 percent, showing that the old marketing adage is true – “When times are good, you should advertise, when times are bad, you must advertise.”

How to boost your PR while minimizing costs

Obviously, none of the above is meant to give the impression that you shouldn’t be fiscally responsible when market conditions change. Making some budget cuts will be inevitable, but PR is not necessarily the place to make them. Instead, focus on rethinking your current PR efforts and how you can get more out of them.

Learn more about your audience

During an economic downturn, your target customers are likely to change their spending habits. Use this time to better understand what their needs and motivations are so you can tailor your PR efforts toward them. One way you can do this is through big data analytics on website traffic, social media engagement, and customer surveys. This sort of data can speak volumes about your audience, showing not just what their current drives are but also predicting their future drives when the downturn really begins to bite.

A more data-centered approach to planning PR campaigns can also help a company identify its niche sector within an increasingly crowded market. In 2021, there were nearly 5.4 million new businesses formed in the United States, the most of any year on record. Even if the coming economic storm does turn into a recession, that is unlikely to stop the formation of ambitious new startups. For reference, some of the most successful startups today, including Airbnb, Uber, and WhatsApp, were founded during the 2008 recession.

Switch your focus to earned media

Communications efforts are commonly broken down into four key areas: paid, earned, shared, and owned media. This is known as the PESO model and it’s a helpful way of thinking about how to direct your PR focus. Any good PR strategy can aim to utilize all the different types.

However, there is a tendency for companies to focus on owned media, which is content you create and publish on your websites and blogs. It’s an affordable way to do PR but it also doesn’t have a lot of reach and lacks trust since people can perceive it as “tooting your own horn.” Shared media through your social media channels has similar trust issues, while paid media (advertising) can get pretty expensive.

As for earned media, this type of PR can take a bit of work, but it can also have the widest reach and the most cost-effective impact. Earned media is any content you’ve created and then had published through a third-party, such as an industry-specific news website. An endorsement like this, especially when it’s from a highly popular publication, can establish you as a major thought leader in your industry while also putting you in direct contact with your key customer base. Focusing more on earned media could allow you to grow your marketing reach while still keeping your costs under control.

Look into other media channels

Among many PR agencies and internal teams, there is a tendency to stick with written marketing content. Article bylines, opinion pieces, press releases; these are all tried-and-tested PR strategies that certainly do yield results when done right. But in the increasingly connected world we live in today, there are other PR avenues to consider as well.

For example, the number of monthly podcast listeners in the U.S. rose to 120 million in 2021 and is expected to reach 164 million in 2023. This represents a huge avenue for reaching customers and getting your brand message out through interviews on industry-specific challenges or trends. Other alternative PR strategies include creating YouTube videos or partnering with social media influencers. Whatever your message is, try to think about new and different ways you can get it out there.

Cutting your PR budget in the lead-up to a recession might, in the short term, allow you to reduce some of your expenditures. But in the long term, the losses from declining sales and decreased market competitiveness will do far more damage to your bottom line. Instead, think about shifting your PR media mix to build and maintain your company’s media presence. In time, the results will speak for themselves.

Rudi Davis is Head of Agency at Intelligent Relations

Going Back To Basics: A Deep-Dive Into Contextual Advertising’s Resurgence

MarTech Interview with Andrew Milich, Co-Founder and CEO at Skiff