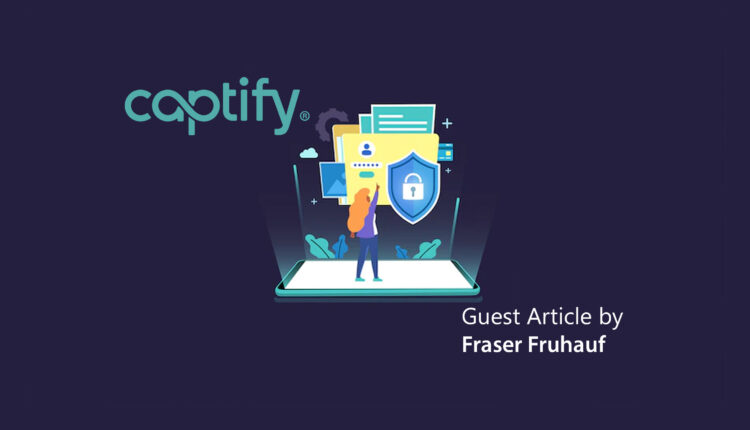 There’s a long-running narrative in the advertising industry that stipulates we should all be conscious of publishers’ best interests. After all, without ad-funded publisher content there would be no ad tech. Yet, with recent reports stating as much as 96% of media budget allocation doesn’t make it to the publisher, is the proverbial pedestal on which we claim to place publishers all just lip service?

Innovation in ad tech is primarily driven by the service layer that exists between agencies and publishers, which, to date, has heavily relied on the cookie to measure and validate, if not power entirely, its products and services. There are numerous solutions that have been put forward in response to the deprecation of the cookie that aim, primarily, to maintain the status quo that benefits those same entities, essentially replacing one targetable identifier with another.

Of course, addressability keeps agency and brand dollars flowing, but what falls short however, are the considerations of the majority of publishers.

But if the buyers are happy, what’s the issue?

In truth, it depends on who you ask. But let’s play a numbers game and start by looking at the prevailing opinion amongst publishers, at least from my experience.

For the significant majority, what does a review on the latest Xbox release, the recipe for a flawless cheesecake and an opinion piece on last night’s episode of Celebrity Love Island have in common? They all (probably) started out as a search query before they became an article, at least in the experience of the end consumer.

Now let’s take our ad tech hats off for a second and put ourselves in the shoes of the user, what would you do if you searched for an article and hit a login wall? You would most likely bounce from the page, and more damagingly for the original publisher, you would probably move to the next article, hosted on a competitor site, that gave you what you were looking for without having to sacrifice personal information, or money, to access the content. In the process, you would be weakening the position of the publisher whose content was sat behind a login wall. That’s the reality for the majority of publishers, from local news sites to niche hobbyist fan sites.

There are, of course, some publishers who can thrive in an identity-driven world, those who probably don’t rely that much on the programmatic ecosystem. They’re the flagship premium type whose content is either ubiquitous within their space or niche enough that not even a paywall (or login wall, if you like) will stop their readers from accessing their content and, more importantly, coming back for more.

But the issue does not just pertain to user experience. An ever-changing regulatory landscape casts a shadow of doubt over the legitimacy of persistent identifiers. Elizabeth Denham, CBE (the one time UK Information Commissioner at the ICO) went on record stating that “I am looking for solutions that eliminate intrusive online tracking and profiling practices, and give people meaningful choice over the use of their personal data. My office will not accept proposals based on underlying adtech concepts that replicate or seek to maintain the status quo.”.

Condemning words that leaves the future of identifiers in doubt.

The scenario creates challenges for publisher adoption, which in turn creates its own issues.

In a modern day chicken-and-egg scenario, a known lack of adoption and regulatory hurdles mean there is a reluctance from buyers to commit to funnelling spend through solutions that are yet to scale. There is, of course, a trickle of case studies arguing that, in controlled and limited environments, identifiers have provided an increase in performance—particularly in cookieless environments such as Safari and Firefox, but there are also solutions in market today that can also achieve performance uplifts without a reliance on an identifier for activation.

All of this has been leading to a renaissance of the publisher in-house movement – Reach PLC’s Neptune and Ozone’s move to partner directly with The Trade Desk are two recent examples of publishers taking back control – in which a fear of a lack of addressability for the majority of publisher audiences will lead to a polarisation of how those audiences are monetised. Gone will be the day of a balanced publisher waterfall model, which supports a data enriched open market, instead, we will see a push to consolidate direct sales through first-party publisher DMPs and audience solutions and other sell-side clean room technologies.

As for the remnant inventory, whatever fails to sell directly will likely be moved through open contextual solutions. In that modus operandi, there’s a real threat that the persistent addressable third-party identifier falls to the wayside. Yet for publisher scale and interoperability to win out, we may even see small-to-mid sized publishers come together to create more compelling cross-publisher data solutions that address their needs, indeed, of the aforementioned solutions that do not rely on identifiers there are already a plethora of products that seek to support addressability across publishers by acting as clean rooms, leveraging data across multiple environments to achieve scale.

So where does this leave identity based solutions?

Although critical of the longevity of such solutions, I am not arguing they have no value. There are certain publishers who can make authentication work at scale, but that luxury is limited to publishers who could arguably support their own data marketplace. The majority of publishers are likely to look towards inhouse solutions, supplemented by other privacy-centric solutions, including Google’s federated ID solution, Topics.

To keep up, the industry must stop drinking the kool aid and diversify from the persistent identity mindset and move towards solutions that address a wider scope of publisher audiences that help keep publishers at the forefront of the innovation solution.

Failure to do so, and with the mindset of the service layer continuing to innovate without publishers best interests in mind, may just result in an ironic counter movement; publisher innovation without the service layer involved altogether.

Fraser Fruhauf is the Senior Product Manager at Captify, a leading Search Intelligence Platform for the open web.

Assistiv Labs Raises Round of Funding to Help Enterprises…

AdDaptive Named a Contender among the top B2B Advertising…