The State Of Play With OTT Sports Streaming 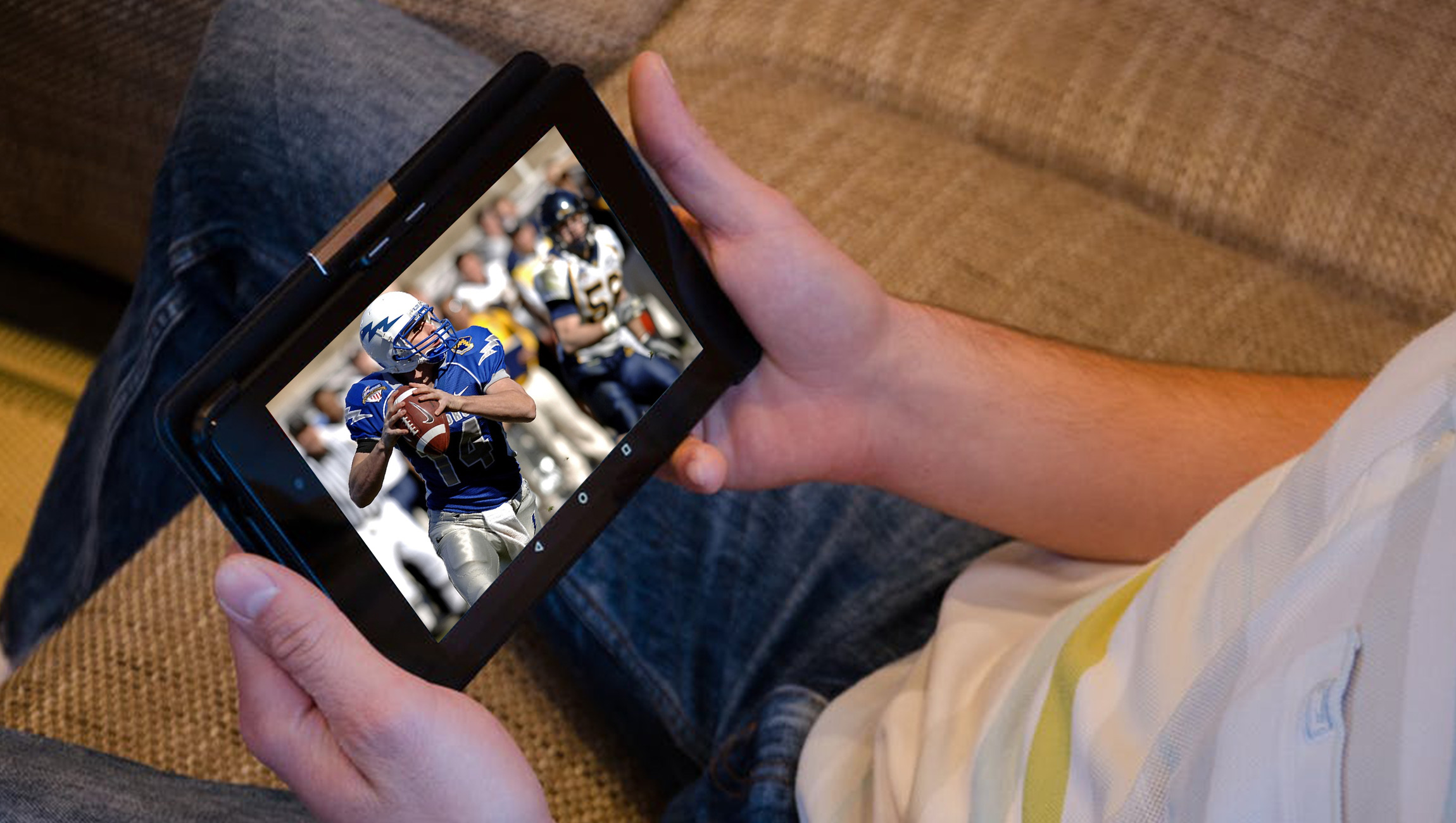 The starting whistle has blown, the spectators are watching eagerly, and a major metaphorical match has just kicked off in the world of media. Battling it out are the biggest ‘Over The Top’ (OTT) media streaming services, and sat on the sidelines, plugged into the wall and gathering dust, is cable TV. The prize at stake? The attention and subscriptions of millions of viewers, all tuning in to watch live coverage of sports. With OTT sports streaming already racing ahead as an area of growth, it’s time to take a look at some of the potential successes and stumbling blocks in the way of the sector.

Content is a major source of differentiation amongst streaming providers. It is, therefore, the key to ensuring that viewers are boosting your revenue rather than that of your competitors – and content doesn’t get much more compelling than sports coverage. If someone recommends a movie to you, you might make a note to watch it next weekend; if there’s a major game on for a sport you follow, you will watch that game as it happens, come hell or high water. Sports come with an established, highly committed fan base, and the element of urgency: the idea of being left even minutes behind the rest of your fellow fans is, for most us, unthinkable, and people are willing to pay to ensure that doesn’t happen.

Also Read: Why Local Search Is the Real Winner on Super Bowl Sunday

That’s where OTT steps onto the field. Streaming services are drawing users away from cable providers: Hulu saw a 40% increase in subscriber numbers from 2016 to 2017. It’s easy to see why too: the convenience of multiple devices, the flexibility of watching on demand, the personalized recommendations on content… I could go on. With OTT rapidly expanding in both its capabilities and its popularity, it’s inevitable that providers would become involved with sports coverage as a reliably high demand product.

In many ways, sports translate particularly well to OTT. Fans tune in with a particular program in mind, most are used to paying in order to watch, and the social aspect of sports lends itself to online interactions like forums and additional content. Lovers of sports breathe a sigh of relief when they remember that, thanks to multi-device apps, they needn’t miss out on the sporting event of the year just because of a little thing like a daily commute. One study reports that 56% of sports fans would pay more for online streaming than for traditional TV channels – great news for OTT providers, as the competition between services brings issues of its own.

Also Read: How AI is Driving a New Era of TV Advertising

There are, inevitably, a few clouds behind all these silver linings. Some of these challenges have been tackled for years by veteran cable TV providers, but others are new developments, emerging from changes in the way we watch and the way OTT providers operate.

Expectations are high – viewers want the same high quality they’ve come to expect from video on demand streaming, but with every kick, throw, hit or sprint shown live at the very second it occurs. Instead of scheduling and curating content, the challenge here is in live streaming it to perfection, all around the globe. Whilst some humour doesn’t translate well and some genres underperform in certain countries, sports events can be nearly universal in their appeal – just think of the Olympics, or the football World Cup. There’s subtitles and translation to think of, as well as localized advertising and payment systems. As well as delivering the content simultaneously, services also need to adhere to the broadcasting rights agreed for each location.

One of the payoffs, however, is the whole ecosystem of content that can be generated around the event, from social media to additional footage, interviews, merchandise and gambling. Whilst the match (or race, or game…) is the main draw, there is a significant raise in engagement before and after the event as fans gather to socialize (virtually, of course – it’s 2018) and interact with additional content – the convenient, globalized equivalent of gathering in the pub afterwards.

And that’s even before you factor in the possibilities for a personalized viewing experience. Unlike traditional broadcast television, which can only access information on the general viewer demographic, streaming services collate data from individual users, enabling the service to interact with users in a way that adds value. In-app messages and tip overlays targeted according to user intent can help people get the most from the service, meaning more customers who are happy to stay and to pay. Rather than trawling through channels, users get the content they actually want to see, delivered in an accessible way, and can be targeted by suggestions that are specific to their preferences. In turn, for OTT providers it’s an opportunity to promote pay-per-view options or subscription-only features, as well as increasing engagement and time spent using the service. Everyone’s a winner.

And the winner is…?

All this adds up to a product that is seriously in demand. As broadcasters fight to keep the rights to sports events, and OTT services compete head on, the prices being paid for sports broadcast rights increase. The pressure is on to make sports streaming pay its way, and service providers will have to be smart about how they generate income, whether it’s with additional content, advertising revenue or subscription options. For those apps not tackling OTT sports streaming, this will be an interesting sector to keep watching as user expectations develop and media technology evolves – the last thing any of us would want to do is drop the ball.

Tom is currently the VP of Marketing for the mobile marketing and consumer engagement platform, Swrve. With extensive experience in all marketing disciplines, Tom particularly interested in proposition development, consumer insight, content marketing and social media.

Kloudless Raises $6 Million Series A Funding to Connect the Enterprise