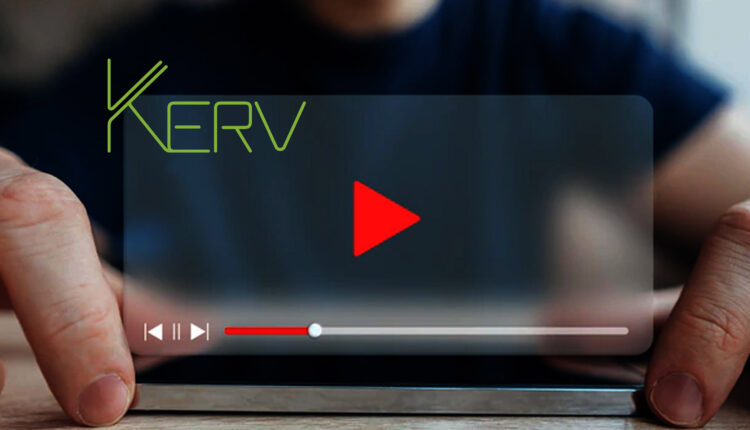 KERV Interactive, a digital advertising platform, introduced its first Interactive Shoppable Video Insights Report revealing how consumers are engaging with interactive video advertising and how brands can use this innovative format to drive brand awareness and sales, even during economically challenging times. The report revealed that half of the 90 million unique users (over 40% of US Digital Buyers1) that were exposed to video ads with commerce or interactive capabilities engaged with video ads served from its platform within a six month period. Further, the results showed that the most engaging content categories included style and fashion, food and beverage, and home and garden.

“Last year was really the first time consumers saw shoppable video ads. Though we worked with select brands and agencies to introduce the new format across the open web and social channels, all brands and agencies are quickly realizing they have a massive opportunity to engage with more people than ever before through immersive video experiences that connect content with commerce,” said Marika Roque, COO of KERV. “Interactive and shoppable video are shifting from a small portion of an agency’s media buy to being a must buy especially as budgets may be constrained with a forthcoming economic downturn.”

“Moving the needle on consumer sentiment and behaviors becomes easier when you can tap into known high performing ad placements. Our partnership with KERV Interactive made it possible for us to accurately measure and benchmark how their technology-first approach produces emotional and behavioral responses from consumers time and time again,” said Laura Manning, VP of Measurement at Lucid, a Cint Group Company. “Across partnered studies, Lucid observed that KERV’s interactive media delivered as high as 17x lift over our benchmark.”

One of the most appealing features within interactive video includes the simple and useful ‘add to cart’ functionality. This feature has been driving the most impact for CPG, Grocery and Food and Beverage categories. Data from KERV and its partner, SmartCommerce suggests that over 10% of off-site cart transfers convert to actual purchases, so the clicks from Interactive and Shoppable video are not only significantly higher than standard ads, but also seeing more products in carts and driving more purchases.

“Since we measure all the way to the cart, way beyond the click, we can see when agencies are driving strong, intentional consumer clicks – and we can also measure the opposite, when consumer backout rates are high. Network-wide, the benchmark for clicks-to-populated carts is 90%, but with KERV’s Interactive and Shoppable video, we consistently see completes between 96-99%, meaning that their engagement-based, in-video clicks are driving highly-qualified and motivated shoppers,” said Jennifer Silverberg, CEO of SmartCommerce, the leader in direct-to-cart technology for CPG brands.

Sharing campaign level performance results with clients is useful for individual brands to gauge success, but showing performance across millions of consumers, hundreds of brands and multiple categories shows just how powerfully appealing shoppable video is and that it’s only getting bigger.