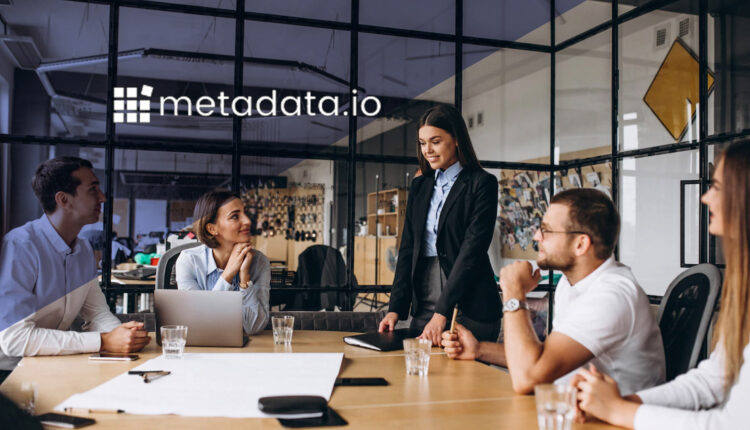 With 328% Revenue Growth, the Marketing Operating System for B2B continues to rank as one of the fast-growing private companies

Metadata.io, the marketing operating system for B2B, has been named one of the fastest-growing private companies in the United States, ranking 1,847 on the Inc. 5000 list.

This is the third consecutive year that Metadata, which experienced 328% revenue growth in the past three years, has been featured on the list. The Inc. 5000 ranks the fastest-growing independent businesses in the United States, and for nearly 40 years has been a key benchmark for startup success. Past recipients include Facebook, Microsoft and Patagonia.

“Appearing on the Inc. 5000 list for the third straight year is validation that our approach is resonating with B2B marketers,” said Gil Allouche, Metadata CEO.

“Appearing on the Inc. 5000 list for the third straight year is validation that our approach is resonating with B2B marketers,” said Gil Allouche, Metadata CEO. “It’s a real accomplishment to continue to see our name next to our fast-growing private company peers, especially as we’ve continued to define and build a new category.”

Through AI and automation, Metadata frees B2B marketers from having to manually do these tasks so they can spend their time on the work that matters most: strategy, creativity, and experimentation.

Recognition from Inc. 5000 comes after Metadata announced its $40M Series B funding round in March 2022, with a goal of expanding platform capabilities to meet its vision as the Marketing OS.

In 2021, the Metadata platform helped execute nearly $50 million of digital ad spend for over 150 customers across Facebook, LinkedIn, Google, Quora, and Display. This produced $130 million in marketing-sourced pipeline and over $2 billion of influenced pipeline, providing greater efficiency than other competing platforms.

Metadata has been named a leader in customer satisfaction and “time to ROI” by LinkedIn and G2. The company has consistently received the highest G2 satisfaction scores of any of its category competitors, with 99% of users rating Metadata at 4 or 5 stars, and 92% saying they would recommend Metadata to other B2B marketers.

The companies on the 2022 Inc. 5000 have not only been successful, but have also demonstrated resilience amid supply chain woes, labor shortages, and the ongoing impact of Covid-19. Among the top 500, the average median three-year revenue growth rate soared to 2,144 percent. Together, those companies added more than 68,394 jobs over the past three years.

“The accomplishment of building one of the fastest-growing companies in the U.S., in light of recent economic roadblocks, cannot be overstated,” said Scott Omelianuk, editor-in-chief of Inc. “Inc. is thrilled to honor the companies that have established themselves through innovation, hard work, and rising to the challenges of today.”