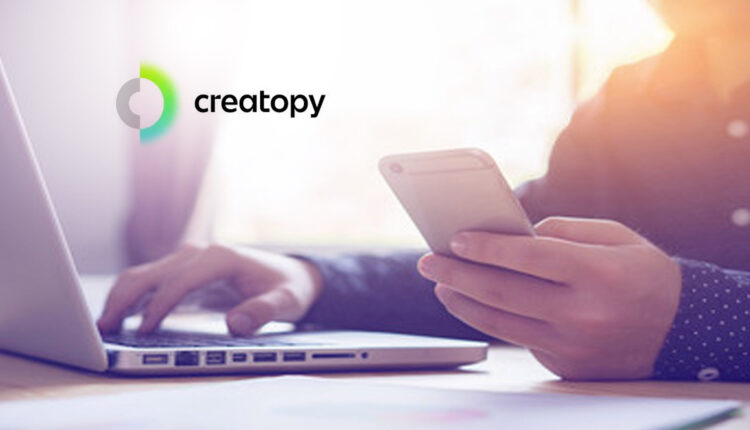 Creatopy has released a new case study measuring the performance of Static Ads compared to Video Ads on Pinterest.

With advertising budgets going almost exclusively towards well-established advertising platforms, the team at Creatopy decided to test a platform that has, according to them, untapped potential for advertising. Pinterest is not as much in the spotlight in terms of an advertising platform, yet it has 431 million active monthly users.

Creatopy could see indicators of the performance of the static ad from early on, compared to the video one, which only started to convert in the final days of the experiment.

The video ad’s lower performance was attributed to the fact that users who saw the ad were in the first stage of the acquisition process, and they only started to learn about Creatopy.

Also, the video average watching time was 9 seconds, and Creatopy as a brand was mentioned later on starting with second 11.

The two ads ran with two different descriptions; one had eight words, and the other had 19 words—the first one could be read in the blink of an eye, while the second one required more effort.

The shorter one won; having also stated the product’s benefits in a more obvious manner than the second one, which emphasized the brand instead of the benefits and did not convert at all.

Bernadett Kovacs-Dioszegi, Head of Marketing at Creatopy, said: “One of the trends of 2022 in the paid advertising field is diversification. With this in mind, we decided to test Pinterest, which we consider to have untapped potential for advertising, thus aiming to help advertisers increase their PPC portfolios with other platforms. I hope our findings can help them in making a valuable decision for their business, which will further expand their growth.”

IDTechEx Discuss How Extended Reality Optics Can Unlock the…