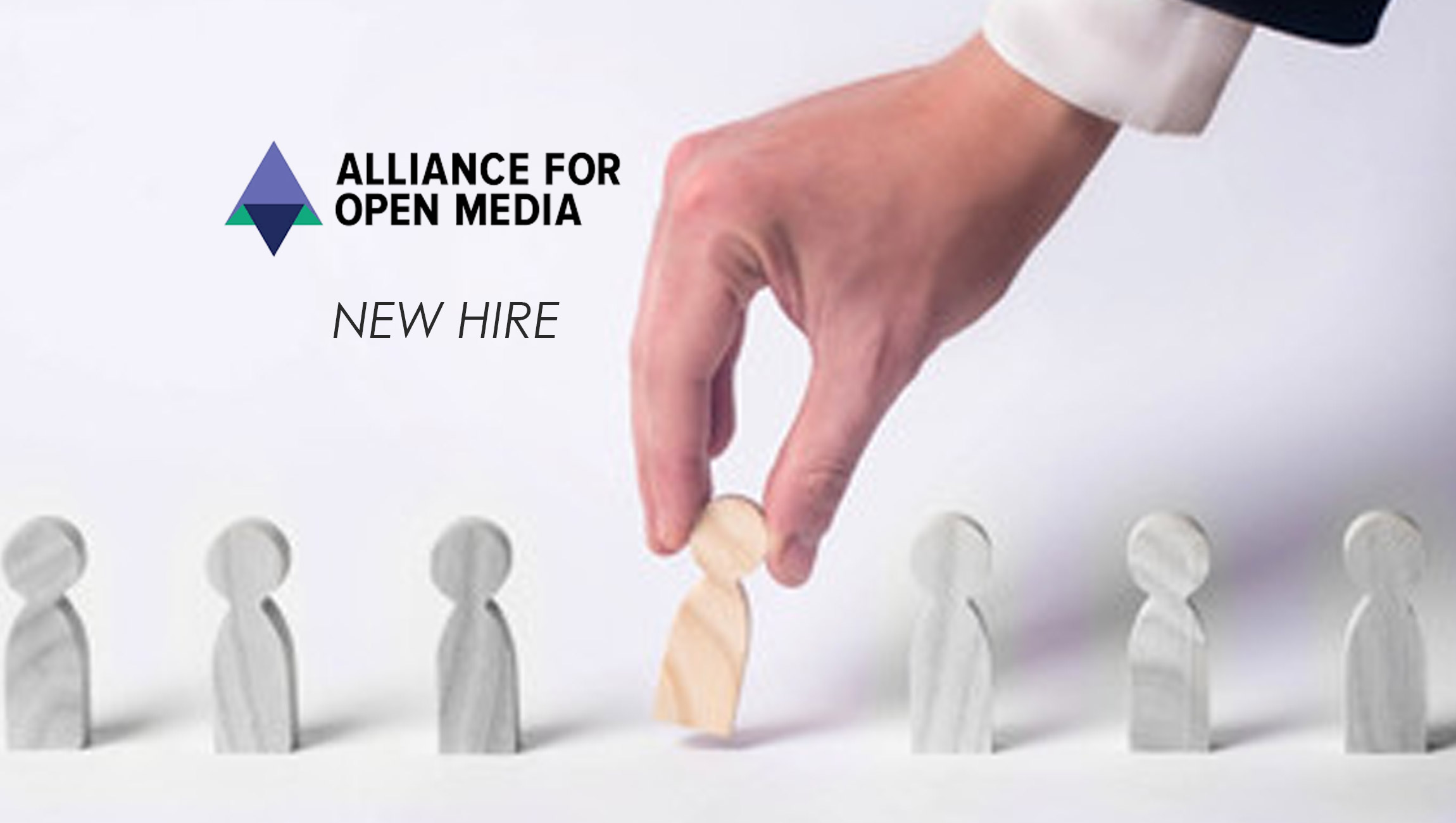 The Alliance for Open Media (AOMedia) today announced that the organization has appointed seasoned executive John Simmons as its executive director. Given the increasing momentum of AV1 adoption in the media ecosystem, the Alliance is expanding its leadership and working to drive further innovation. As executive director, Simmons will help the organization promote the development of open web media experiences and accelerate the delivery of royalty-free, open web media standards.

“With more than two decades of experience in technology, open media standards and web video, John brings extensive experience as a respected innovator, technologist and advisor”

Simmons is well known across both the broadcast and IP-based media industries for his grasp of the business and technical forces behind the web media transformation of commercial media. His insight and guidance will help the Alliance assume a leadership role during this important industry inflection point.

“With more than two decades of experience in technology, open media standards and web video, John brings extensive experience as a respected innovator, technologist and advisor,” said AOMedia Chair Matt Frost. “As a longtime advocate for open media standards, John has unique knowledge and insights that will be invaluable as we work together to drive AV1 adoption, develop our next-generation video codec, and continue our work on an increasing array of media technologies. I know John will provide the Alliance with impeccable open media technology and standards leadership.”

Marketing Technology News: The Outlook on Growing Trends in Digital Marketing that will Rapidly Grow in 2022

Having been part of AOMedia and the open web industry since their respective foundations, Simmons’ expertise will be key to helping the Alliance drive the next generation of open media standards that power tomorrow’s online video, tools, streaming media services and devices.

“This is not only an extraordinary opportunity but also a great honor to join AOMedia as executive director,” said Simmons. “We are at an important inflection point in the open media industry, where, due to the pandemic, more and more of the world’s population is using AV1-enabled video as part of their daily lives, from streaming video services, virtual classrooms, mobile video applications and chat platforms. AOMedia and AV1 have achieved remarkable milestones for commercial adoption and continued innovation. I am looking forward to working with the leading global companies that make up AOMedia’s membership to help bring ever-better media experiences to billions of customers and their devices.”