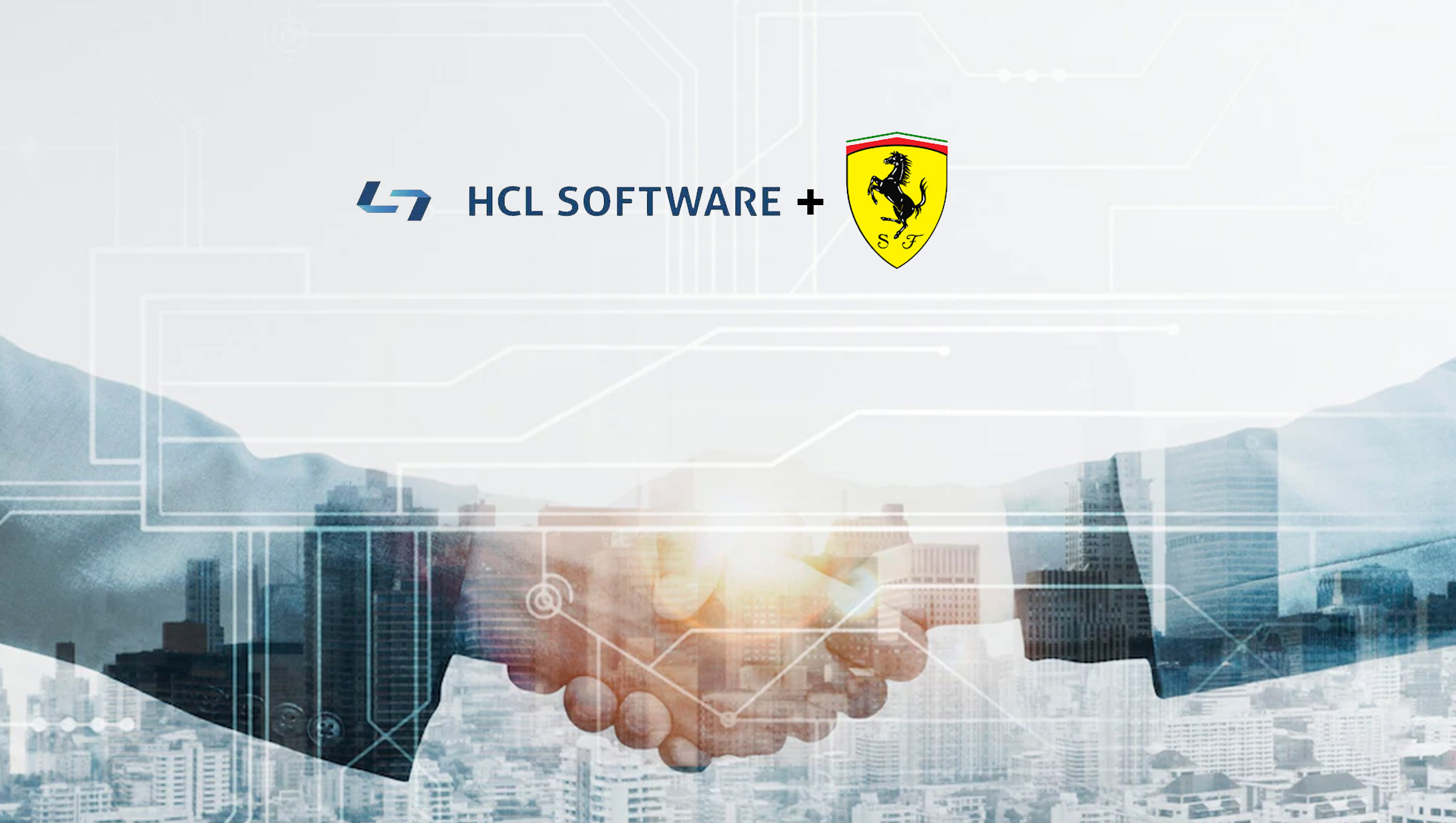 HCLSoftware, a global leader in enterprise software solutions, announced a multi-year partnership with legendary Formula One team, Scuderia Ferrari. The deal with Ferrari S.p.A. sees HCLSoftware become a strategic partner to the historic racing team, with a focus on supplying high-performance, precision technology. The HCLSoftware logo will make its debut on Scuderia Ferrari’s F1-75 single-seater, driven by Charles Leclerc and Carlos Sainz at Formula One’s season finale at the 2022 Abu Dhabi Grand Prix.

“This partnership demonstrates a coming together of two great brands to collaborate and change the future,” said Rajiv Shesh, Chief Revenue Officer, HCLSoftware. “Ferrari and HCLSoftware both have a heritage of excellence and progress, and we will work to achieve great things in development as we work together.”

“It is a game changing opportunity for our company to work alongside such an iconic sporting team,” said Dario Debarbieri, Vice President and Head of Marketing at HCLSoftware. “Scuderia Ferrari’s will- to-win has brought it 16 Formula One Constructors’ Championships and 15 Drivers’ Championships. We are proud to bring not only our technology and expertise to Ferrari’s F1 operation, but also our never-ending pursuit of excellence and precision.”

“We are pleased to embark on this partnership with HCLSoftware, a company with which we share several values, such as excellence, diligence, innovation and passion,” said Mattia Binotto, Team Principal, Scuderia Ferrari. “In a world that is becoming ever more digital, in sport as in daily life, it is important to be able to count on a first-rate Team Partner such as HCLSoftware, for whom precision high performance technology is one of its strong points.”

The two companies will be engaged in various joint marketing activities during next year’s Formula One season, leveraging the Scuderia Ferrari team, platforms and assets to drive awareness, engagement and commerce of HCLSoftware to a global community.

TV Usage Rose Again in October, Amplified by Uptick in Broadcast Viewing, according to The Gauge Report from Nielsen

Consult with Me by Volley Launches on Product Hunt