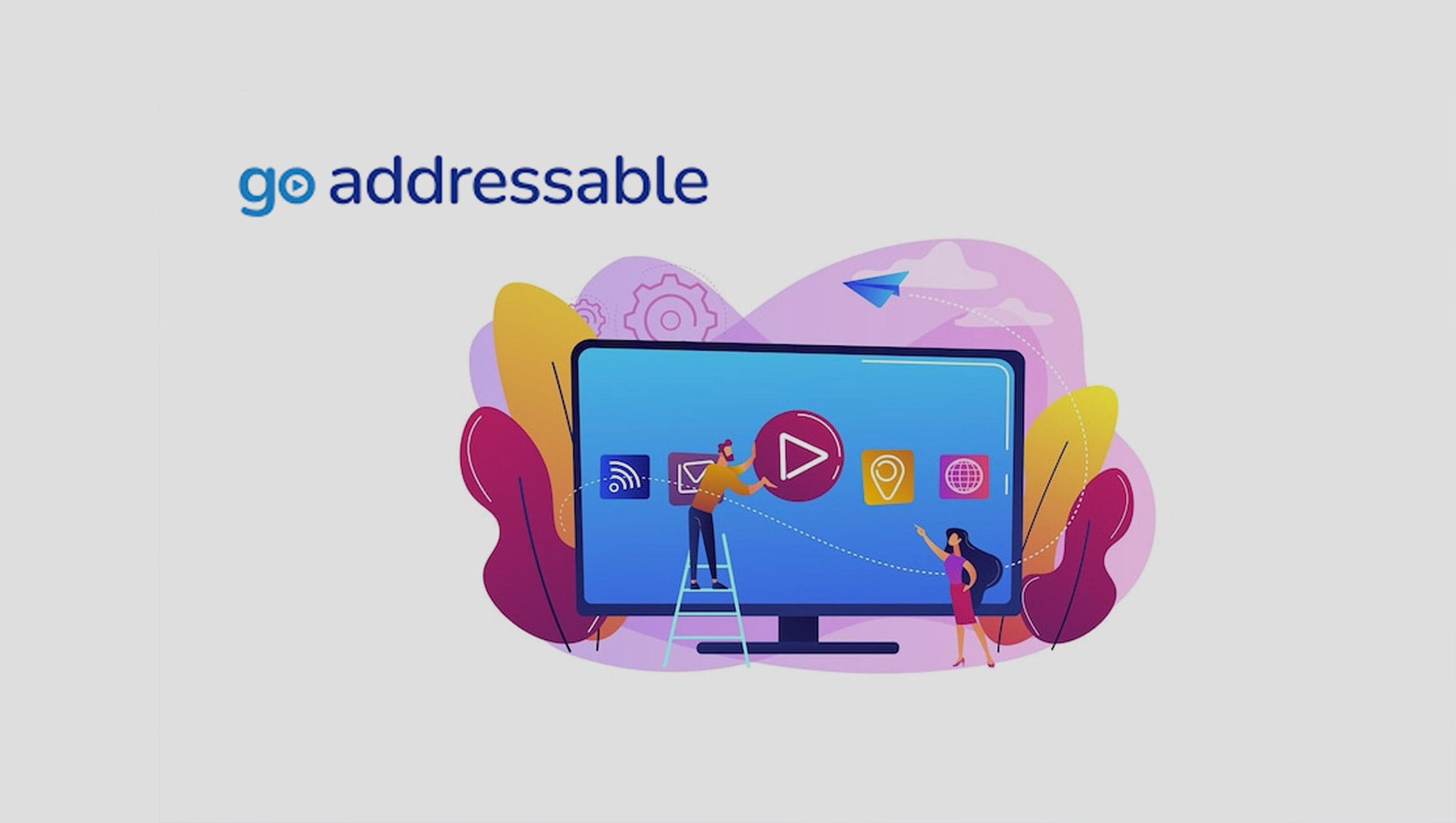 47% of advertisers are using combined digital and linear teams to manage addressable TV, a key aspect given that the medium spans traditional TV and CTV.

Go Addressable, an industry initiative created by television distributors to advance addressable advertising, today released new research – in conjunction with Advertiser Perceptions – that tracks the latest growth, adoption and usage of this medium.

The report, the second of a three-part research series, found that nearly two in three advertisers (67%) are incorporating addressable advertising in their media campaigns. This is a marked increase from the first study, conducted in October 2021, which found that only half of marketers were using the medium.

Both studies had a sample size of 300 agency and brand advertisers.

The increase comes as interest – and adoption – of addressable advertising is growing. Per a Deloitte Global study, the sector is expected to reach U.S $7.5 billion dollars globally this year. Addressability was also a key theme during the most recent TV upfront season.

Other noteworthy findings from the report include:

“Addressable advertising has become a vital component in our media plans, due to its ability to reach and engage with consumers in a more targeted way,” said Molly Finnerty, SVP, Strategic Investment, at Interpublic Group’s MAGNA Global. “For us, the driving factor has been the tangible ROI and a demonstrated history of success, which, in turn, has helped speed up adoption and usage among our client base.”

“This study captured what we’re seeing and hearing from our clients and in the marketplace,” said Matt Van Houten, SVP, Product, Operations & Business Development, DIRECTV Advertising. “As an industry, it’s important we continue educating and raising awareness of addressable advertising’s value as we reach a critical moment in the medium’s future and growth.”

“These latest findings reflect much of what we’ve been seeing in the industry,” said Kevin Arrix, SVP, DISH Media. “Momentum is building and advertisers are using addressable technology to maximize reach and frequency of their target audiences across their full video investment. Moving forward, awareness, education and proven impact will be the key drivers in the adoption of addressable TV. These are the core pillars behind Go Addressable.”

New Report From MarketingOps.com, Knak, and Adobe Shows That More Than 80% of Companies Have a Dedicated Marketing Operations Individual or Team In 2022

Validity Expands the Partner Experience to Support Growth of…