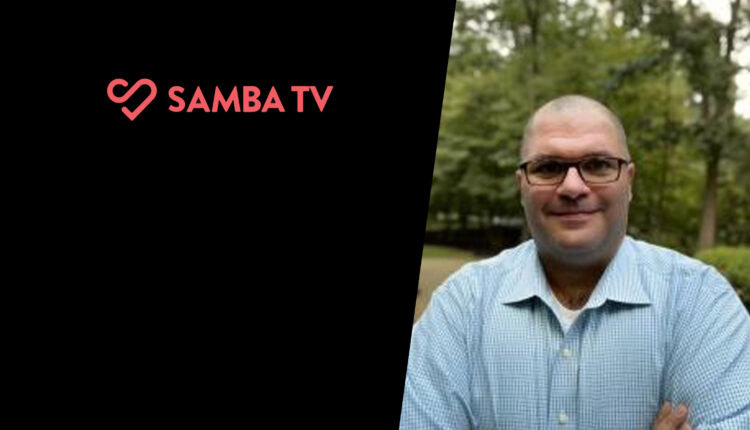 Samba TV, a global leader in omniscreen advertising and analytics, today announced the appointment of Robert Coon to Chief Revenue Officer (CRO). Previously spending more than a decade at Amazon, a majority of which was spent heading up advertising sales teams, Coon brings deep advertising industry experience to extend Samba TV’s leading market position delivering omniscreen marketing solutions powered by first-party data and identity. During his tenure at Amazon, he was an early leader within the ads division, having owned the launch of Amazon’s connected TV (CTV) products and leading various vertical teams as Amazon’s ad business scaled.

“Bob has a track record of successfully launching and scaling ground-breaking technology and media products in the U.S. and internationally,” said Samba TV Co-founder and CEO Ashwin Navin. “We look forward to bringing his tenured expertise to our teams, as well as our global clients who leverage our first-party TV data to drive new innovation in the media industry around the world. Our vision for the future of media will employ a number of new currencies that improve the efficiency and effectiveness of advertising. The addition of a trusted industry leader like Bob will continue to accelerate this change.”

“As a board member at Samba TV and having worked with Bob for a number of years at Amazon, I’m confident that his tremendous track record of scaling media products to global heights will be complementary to Samba’s accelerating market leadership,” said Snap Chief Business Officer and Samba TV Board of Directors Member Jeremi Gorman.

Before Samba TV, Coon was instrumental in the launch of Amazon’s connected TV (CTV) products. He also led various vertical teams as the Head of Grocery Advertising Sales at Amazon where he focused on growing the company’s robust grocery business in the height of the pandemic. Previously, he served two other areas of Amazon’s core growth, including several years as the Head of Hospitality Advertising and as Global Head of Product Sales. Prior to Amazon, Coon held executive sales roles at InterActiveCorp, Bankrate, and Disney bringing TV and digital media products to market.

“Samba TV’s innovative products, market position, and impressive differentiators really resonated with me as today’s advertisers are looking to leverage Samba’s first-party data untethered to a walled garden business model,” said Samba TV CRO Robert Coon. “As CTV remains one of the fastest growing segments in the advertising industry, I’m thrilled to join the team at Samba TV to further solidify their leadership in the space.”

BigCommerce Named a Strong Performer in B2C and B2B Commerce…