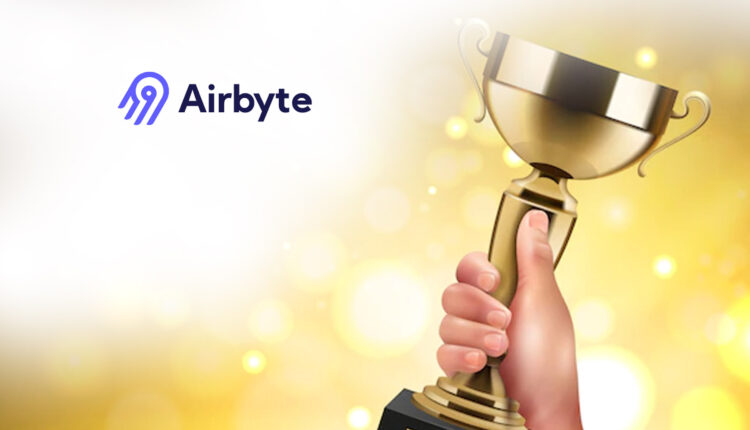 Airbyte, creator of the fastest-growing open source data integration platform, today announced that it has been selected as the winner of the “Overall Open Source Data Solution of the Year” award in the 2022 Data Breakthrough Awards program conducted by Data Breakthrough, an independent market intelligence organization that recognizes the top companies, technologies and products in the global data technology market today.

“long tail” data connectors are not supported by closed-source ELT technologies. Second, data teams often have to do custom work around pre-built connectors to make them work within their unique data infrastructure. ”

“This award recognizes our open source approach,” said Michel Tricot, co-founder and CEO, Airbyte. “There are now more than 170 Airbyte data connectors, which in the company’s history of 20 months equaled as many as those offered by any company. Last year, GitHub stars doubled to a total of 5,000. Our goals this year are expanding our team from 30 people to over 200 members, growing from 24,000 deployments to 100,000 and increasing the number of data connectors to 300.”

The Data Breakthrough Awards program is the premier awards platform founded to recognize the data technology innovators, leaders and visionaries from around the world in a range of categories, including Data Analytics, Big Data, Business Intelligence, Data Storage and many more. This year’s Data Breakthrough Awards program attracted more than 1,850 nominations from across the globe.

Airbyte has planned a series of daily announcements held online starting April 4. Each day will have a different focus:

With its growing community of 6,000 data practitioners and 300 contributors, Airbyte is redefining the new standard of moving and consolidating data from different sources to data warehouses, data lakes, or databases in a process referred to as extract, load, and, when desired, transform (ELT). Over the past year and a half, more than 10,000 companies have used Airbyte to sync data from sources such as PostgreSQL, MySQL, Facebook Ads, Salesforce, Stripe, and connect to destinations that include Redshift, Snowflake, Databricks and BigQuery.

Airbyte’s open-source data integration solves two problems: First, companies always have to build and maintain data connectors on their own because most less popular “long tail” data connectors are not supported by closed-source ELT technologies. Second, data teams often have to do custom work around pre-built connectors to make them work within their unique data infrastructure.