Immutable Raises $200 Million To Bring Blockchain Gaming To The Masses 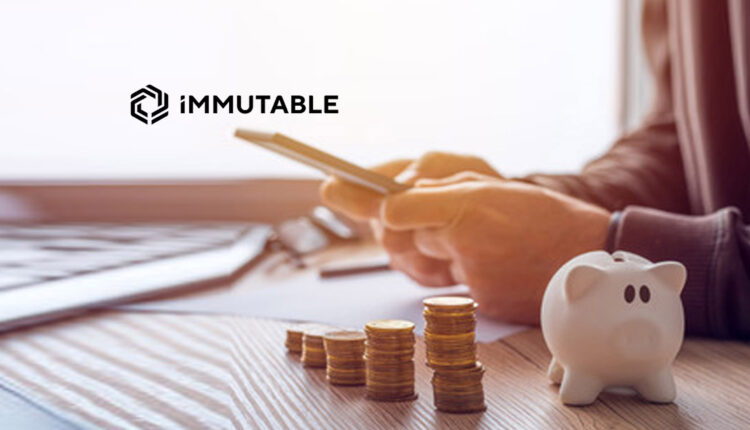 This capital will be used to fuel Immutable’s plans for global expansion, accelerate the company’s growth by investing in the Immutable X platform, and scale the Immutable Gaming Studio, including its flagship games Gods Unchained (one of the largest blockchain games by players) and Guild of Guardians. With a team of 165 people, Immutable is one of Australia’s fastest growing unicorns, and plans to hire an additional 200 new employees globally over the next 12 months predominantly in sales, marketing, engineering and product. Immutable will also use the funds to scale to meet the increasing demand for its platform and expand into new verticals, support gaming partners, acquire new customers, and explore M&A opportunities. Current companies building on Immutable X include GameStop, TikTok, Opensea, Ember Sword, Illuvium, GreenPark Sports, and Gary Vee (Vee Friends).

NFT integration gives users true ownership and the ability to buy, sell, trade, and play-and-earn in-game assets. Immutable X is built using StarkWare’s StarkEx cutting-edge zero-knowledge proof technology, which rolls up hundreds of thousands of transactions into one while positioning users to safely secure digital assets directly on Ethereum. This enables Immutable to provide game developers and all NFT creators with unparalleled throughput and zero gas fees for trading and minting NFTs in a carbon-neutral environment, empowering them to create billions of low-cost, in-game assets that can easily be bought and sold.

“We’re thrilled to double down on our partnership with Immutable. We’re excited to explore integrations with Immutable X across Animoca’s portfolio of content – bringing next-level scale, security, and liquidity to the next generation of blockchain games,” said Yat Siu, Co-Founder and Chairman of Animoca.

“Immutable is locked in on developing a leading, ambitious, and dependable web3 ecosystem for a new era of creators that desire scalable results in the world’s fastest growing industry,” said James Ferguson, CEO, Immutable. “Our investment partners understand the power and potential of the Immutable X platform and will play an integral role in this next phase of our growth. We are also excited to welcome new executive team members who will help execute on our aggressive business and growth plans.”

“We are at a pivotal point in which the user experience creates a critical path to success for all emerging technologies, and Immutable’s platform makes building NFT businesses simple, cost-effective, and extremely easy to monetize,” said John Henderson, AirTree. “We are excited to be on this journey to foster greater adoption of powerful technology that is poised to change the way digital games are played.”

Earlier this month, GameStop announced a strategic partnership with Immutable to launch its new NFT marketplace on the Immutable X platform. The partnership includes a $100M co-fund between the juggernaut and startup, targeting the advancement of high-impact NFT gaming projects.

Aidentified, Leader in AI-Powered Prospecting, Takes Off With Catapult Partners

Global Report: 45% of People Have Not Felt True Happiness…

What Brands Need To Know About Hashed Emails, Mobile IDs and…