From Pilots to Publishers, a Lesson on Preparation 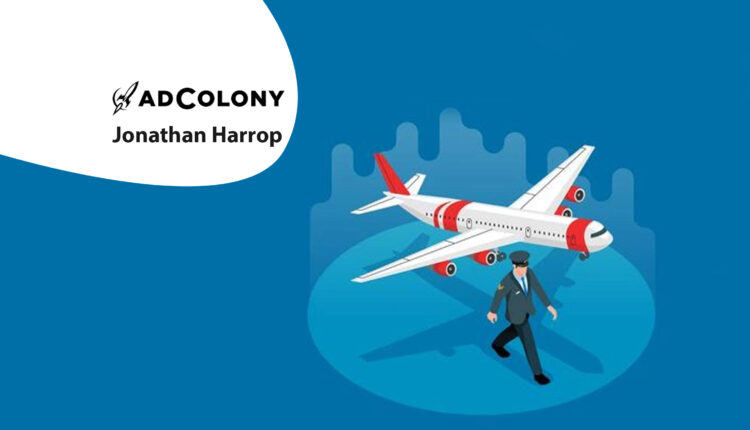 Benjamin Franklin once noted: “by failing to prepare, you are preparing to fail.” I’ve been watching this axiom come to life in mobile monetization for the past year-plus so far, but it was on an American Airlines delayed flight where I saw it embodied most directly. From most Americans’ smallest screen to a literal fleet of incredibly complicated, 300,000-pound flying machines, preparation makes the difference.

Wait, an American flight? – you might be thinking. Aren’t most of those canceled these days? Recently, the largest airline in the world by fleet size and passengers carried, along with other smaller ones, was forced to cancel hundreds of flights due to weather and then critical staff shortages, like pilots. This is just the latest example of these staff shortages, and I experienced this first hand on a flight back from visiting my team in LA. On my FINALLY rebooked flight, I got to talking with the cabin crew about the real reason all this was happening. And no, it’s not because of weather, technology, or any of the other excuses the airline spokespeople gave publicly over this year. It’s because they weren’t prepared.

Despite the $54 billion in federal aid that was granted to major U.S. airlines that was supposed to prevent them from having to lay off workers, there are still massive staff shortages. Why? They didn’t fully take into account the amount of time that it would take to retrain and recertify pilots who have not flown for months, and the lack of simulator time and flights required for them to stay current on their aircraft types. Flying a plane is not like riding a bike, or even driving a car.

Airlines were caught lagging when the huge influx of travelers arrived this summer, still haven’t managed to correct, and now Congress is waving its finger at the industry for “failure to prepare.”

In the 10-month period between Apple’s first announcement about iOS 14 and the day it finally rolled out, I remember very specifically saying that I, too, was concerned, at best, with mobile app developers’ failure to prepare for this massive change. (This year, iOS 15 is  more focused on privacy measures that impact advertisers outside the in-app channel, like Safari’s Private Relay and Mail privacy)

It seemed they were in denial it would happen at all, which of course, the Facebook (now Meta) pushback had many believing it wouldn’t. During that time of uncertainty, developers wasted a lot of time that they could have spent preparing. Too many were focused on workaround solutions, specifically, listening to vendors who claimed they had ways to skirt the rules or had found loopholes like email IDs and fingerprinting – loopholes Apple eventually closed.

Meta (née Facebook) blinked. Apple won. The results are not pretty. Overall, the opt-in rate is a palty 16%, meaning advertisers aren’t sure they are reaching their audience, nor getting accurate reporting data. Social media apps are bearing the brunt of it (just ask SNAP). More users are opting in on shopping, food & drink, finance and gaming apps.

For some app categories like gaming, the opt-in rate can be as high as the mid-40%. That is astronomically higher than some industry pessimists were placing their bets. The sky is not falling, but there’s definitely some shaken confidence.

Where are advertisers who still value mobile, but need that addressability turning? Many recognize that there is still value to be had on mobile and are looking to Android users to realize that value.

There was a moment when we all thought Google was going to follow suit and institute similar mobile privacy restrictions, but as it turns out, they’re not nearly as tight. And given how the company is delaying cookie depreciation on desktops, a big shift in mobile is unlikely anytime soon.

While we are seeing more forward-thinking brands slowly moving (back) to contextual advertising models, it’s a model that media buyers are accustomed to (e.g., broadcast TV) and while the UA world may feel less comfortable with, and the opportunity presented by Android to maintain more precise targeting while everyone prepares for the next go around is one developers need to pay attention to.

While the days of marketers dropping in a bunch of device IDs and optimizing for them are gone on iOS forever, they’re still very much here on Android. Essentially, marketers have been gifted time – time to target specific audiences, without paying the inflated prices we’re now seeing on iOS for opted-in users. (Those that have opted in are quite valuable.) For now, you can have your cake and eat it too.

If you’re an app publisher or developer, it’s time to double down on your Android development. And, more importantly, it’s time to level up on your overall monetization strategy. Subscriptions are now rising in popularity, but how sustainable is that in the long run?

Advertising is still the number one method for app monetization. Mobile app users, opted in or not, are still a rapt audience that are engaged in the content, whether it be reading an article on a news app in between meetings or playing a Match-3 game while watching TV. Mobile is the first screen and content rules.

Jonathan Harrop is the VP of Global Marketing & Communications at AdColony

MarTech Interview With Brandon Rea, VP of Sales at Vibrant…

AdQuick.com Launches Analytics Cloud as a Service for…

Immuta Adds Policy Enforcement to Unity Catalog in the…