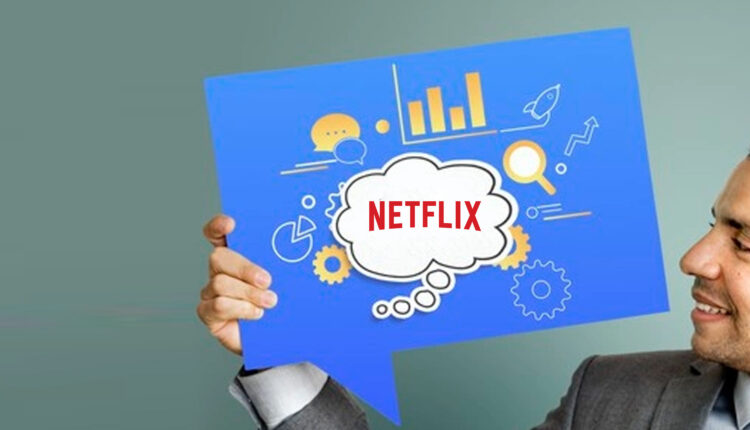 Netflix – It all began with two software engineers who shared informal brainstorming sessions on their way to work. With the dominance of software technology and the internet on the rise, they noticed an opportunity for a new video entertainment idea. An idea that could easily threaten the existing monopolistic nature of that industry. While discussing the promising scope of eCommerce websites and internet accessed door delivery by Amazon, they predicted the eventual popularity of online streaming sites and OTT platforms.

Leap of hard work and planning

1997 – The Netflix website was launched on 29th August 1997, offering 900 movie titles and a 7-day return policy with home delivery with online ordering options. The main idea was not to provide quick, easy access to DVDs but to eliminate the advantage of monopoly. They set out to prove to the public that there were options, other than cable, for home entertainment at cheaper rates and easier accessibility. This was a major blow to their competitors – ‘Blockbuster,’ a nationwide DVD rental chain, and local/national cable companies.

2.5 million dollars were invested in getting the start-up off the ground. Multiple distribution centers were set up across the country. This business model was a brilliant success but not intended for permanent running. The trajectory aim was to help the public transition to services offered by Netflix and abandon the notion that cable and Blockbuster were their only hope of home entertainment. It took a long time for new competitors to catch up, by which time Netflix had already set out on their next upgrade, thus always staying two steps ahead in the game.

Marketing Technology News: ABM in 2022 and Beyond: Insights, Opportunities and More!

Pushing through the process

1999 – Netflix had over 3100 titles, 110 employees and opened their ‘subscription model’, which gave their users the perks of renting out unlimited access DVDs with no fee for late returns.

2000 – Netflix had over 5000 titles and began incorporating algorithms to offer personalized recommendations to their users.

Despite their rocketing growth in terms of the stock market, revenue and subscribers, Netflix was running at a loss because of their high operational costs. Reed Hastings commented in an interview, “we did not start making money until 2003”, meaning they hit break-evens or loss from 1997 until 2003.

Keeping up with the hustle

Hence, centering the aim of all their marketing propaganda and algorithms to retain users and encourage them to keep Netflix to watch more shows. This tactic helped them build a loyal customer base that used the platform more every day.

2011 – Netflix tried to split its services into two platforms as Netflix and Quikster, the former for live streaming and movie rentals. That same year, the Netflix subscription rates were increased. Netflix immediately lost more than 8000 subscribers. This model was rejected, and Reed Hastings made a public apology for causing inconvenience to their customers.

From online rental websites to monthly subscriptions to download-for-later, Netflix always looked out to keep their platform updated. They stayed ahead and kept experimenting with new business models.

2007 – When Netflix introduced their ‘Watch Now’ option, their DVD distribution services were cut off. The company had finally reached its initial plan to be an online streaming site. The Netflix app was launched.

They began collaborating with electronic companies like Xbox360, DVD players, Sony’s PS, and TV set-top boxes to make their accessibility unavoidable, exhibiting it everywhere so that no TV owner could stay oblivious to Netflix’s presence. In the same year, they introduced their availability on internet-connected TV and other devices.

2010 – Netflix splurged its services to countries outside the US. They began to cater to a global audience by regionalizing, streaming multi-lingual content, dubbed versions, local shows, and more.

2013 – to welcome more revenue and brand visibility, Netflix decided to make their own line of content. Their first original show, “House of Cards,” became a tremendous hit and started funding their own documentaries, movies, and shows.

Today, Netflix is studied for their advanced personalized user experience. They have 208 million subscribers worldwide, with their company stands at a net worth higher than 228 billion dollars.

The future of Netflix

Just when it seems like there is nothing left to conquer, Netflix is always looking outside the box to provide newer viewing experiences to their customers. There’s high competition coming in from services like Amazon Prime and Disney+, Reed Hastings has commented about teams working on something new without giving anything out anything “concrete” yet. Exhausting all options and features, Netflix refuses to back down that easily, as their history suggests!

The success of Netflix was never a product of luck. The founders planned every move, analyzed every aspect of their market, set goals, and carefully maneuvered their competitors. Every business decision was backed by data.  Constructive criticism was their superpower!

Netflix never settled with one business model. They were on the run to stay ahead. They knew that they should keep evolving or they would be forgotten. Their ‘Quikster’ model was a failure, but they dusted it off and moved on to their next business model, always innovating and experimenting.

Netflix focused everything on how their customers reacted and what their customers needed. Customer satisfaction was always a priority. The company listened intently and reacted accordingly.

Netflix was started in 1997, and it was not until 2003 that the company made an actual profit. Despite its success and popularity, in financial aspects, Netflix was losing the game until 2003. This was because their founders saw potential and refused to back down. They kept improving their features, eliminating issues, seeking new ventures to welcome profits, and tried every trick in the book until the company could reach an autonomous status, all of which did not come from luck but from lots of hard work and homework (market analysis, competition analysis, customer satisfaction).

SHAREit Powers Ahead: Clinches Top Spot Amongst the Fastest-Growing Media Publishers in North America and Second Spot in Latin America

98% of Enterprises Using Public Cloud Have Adopted a Multicloud Infrastructure…