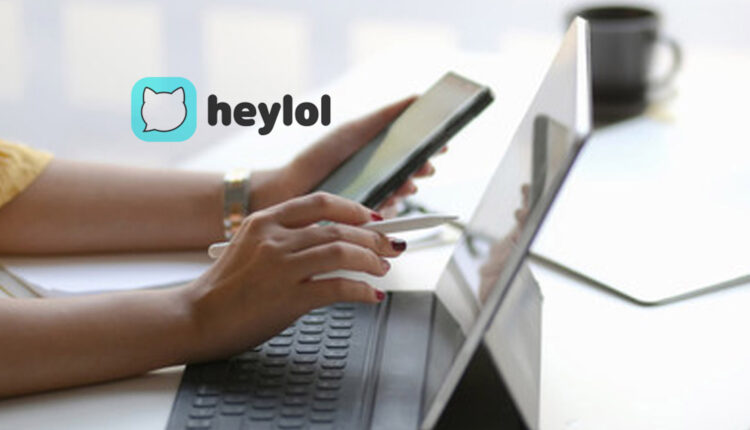 Heylol integrating coin system to give credits to content creators.

The creators of HeyTech Inc. are pleased to announce the release of Heylol, a brand-new and highly anticipated in-app coin reward system. On a mission to influence people’s lives for the better, HeyTech is helping to create the future in communications for both influencers and communities, allowing them to communicate in a fun and easy way during real time chats.

A free public messenger app, Heylol users can take advantage of a variety of funny gifs, pictures, fresh memes and viral videos to share with their friends. Created to help bring influencers and followers together, the app’s videos range from the hilarious, to the awe-inspiring, to the downright disturbing. And according to Heylol’s founder, Adam Azani Gotthilf, the app is catching on fast.

Recently, Heylol launched a new feature to its already popular app – a unique rewards system in the form of digital coins. Heylol coins give incentives to users to watch videos, which enables them to send special stickers, or even give credits to other users for creating good content. As a result, the number of users watching videos went up 800% and this number is continuing to grow exponentially.

“We truly believe that by simply sending coins, users can make their friends and fans feel good – and maybe even put on a smile,” Adam states. “For this, we couldn’t be happier.”

Currently, Heylol can be downloaded for free on Google Play or the App Store.

Docebo Announces the Release of its Inaugural ESG Report

Launchpad is named a Technology Impact Awards Finalist for…