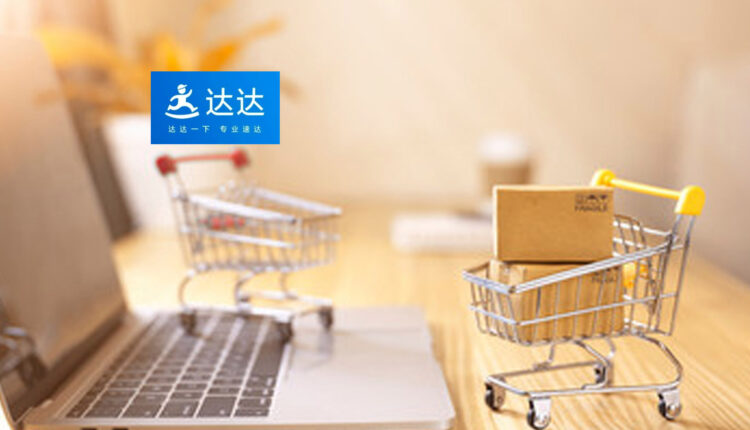 The yearly “415 Intra-City Shopping Festival” (the “Festival”), an on-demand shopping spree initiated by JDDJ of Dada Group, has become an effective grasp for offline stores and brands to boost sales and enhance awareness. This year, JDDJ ramps up the event with multiple new efforts: its “livestreaming ecommerce with one-hour delivery” service now covers over 10,000 offline stores; a broadcasting session of China’s leading dairy group Yili on JDDJ was watched by over 1.56 million consumers, pulling the brand’s daily sales through livestreaming up to a peak in history.

This year’s Festival welcomed top-tier FMCG brands such as Yili, Procter & Gamble, Yihai Kerry, and NICE, as well as chain stores such as Walmart, and CR Vanguard, to launch local broadcasting events on JDDJ’s livestreaming platform – consumers can order simultaneously what they see from the shows as Dada Group’s delivery arm Dada Now is ready to fulfill the orders with its on-demand delivery services. Some of the broadcasting sessions this year amplified coverage up to more than 10,000 offline stores during the Festival, as an effort of JDDJ to upgrade its “livestreaming ecommerce with one-hour delivery” service for brands and stores.

This Festival also saw a special duo this year that featured Mr Guo Yunlong, Vice President of Yili, and Mr He Huijian, Vice President of Dada Group and JD.com. Both leaders presented a livestreaming session on April 16 during the Festival. Watched by over 1.56 million consumers, the livestreaming session boosted Yili’s daily total sales through livestreaming up to a record high in history, ranking the brand No. 1 in the infant & adult milk powder category on JDDJ. During the Super Brand Day period, sales of Yili’s milk powers increased by 482% on a year-on-year basis.

On-demand retail has become a mega trend in the industry, it is now an accelerator that drives the digitization of offline stores and brands – JDDJ brings the stores and brands into the spotlight and provides the Festival as a stage, where all parties can explore and leverage new opportunities to tap into the on-demand retail market of great potentials. JDDJ will further innovate its marketing initiatives and resources to better empower merchants as well as brands, to embrace a win-win future of the on-demand retail.