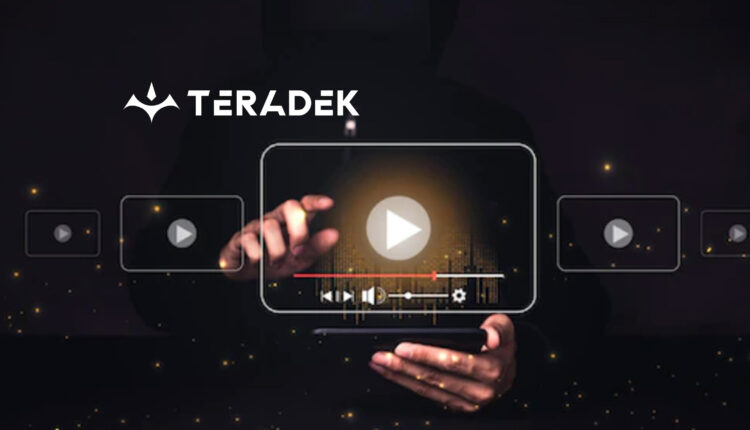 Teradek, a leading provider of video streaming solutions, announces that its Prism Rack Unit and Core Cloud were used to broadcast the 2022 NATO Summit held in Madrid, Spain.

NATO is an intergovernmental political military alliance of 30 countries whose goal is to preserve peace and security in the North-Atlantic area. NATO leaders gathered to discuss global challenges facing the Alliance.

For this three-day summit, NATO’s team used Teradek gear to broadcast and live stream speeches, press conferences, and events from NATO Heads of State and Government. The summit had a packed agenda of back-to-back events. It required a close collaboration among 600+ individuals from TVE, PRG, and Overon to record all events in video. Video transmission was sent to over 2,000 media representatives at the Summit, as well as major media outlets like CNN, BBC, ENEX, and DVIDS.

“Because Teradek is so user-friendly, we could focus on coordinating with different point-of-contacts to inform them about any changes or delays,” explained Paul Magis, Head of Communications Technology at NATO.

During the Summit, the NATO team managed streams using the Teradek Core dashboard from their laptop, tablet, and mobile phone. Video feeds were transmitted from the Summit in Madrid to NATO HQ in Brussels, where it was then encoded for web streaming – as well as to Teradek encoders for social media (Facebook, Twitter, YouTube, LinkedIn) and SRT streaming. Video editors at NATO HQ also created video products and distributed them as video-on-demand.

“Without Teradek, we could not have pulled off what we did over the past half year,” said Bart Vandendorpe, Head of Broadcast Operations at NATO. “It has become clear that with Teradek, we’ve invested well at a relatively minimal cost compared to transmission via fiber or satellite.”

Latinos in the U.S More Likely to be Targeted by Scams…