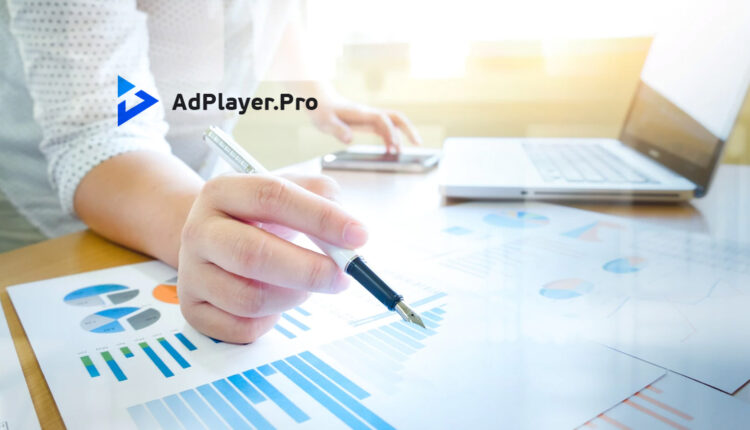 AdPlayer.Pro reports the increase in daily video ad serving volumes and the release of new, essential features in its video ad player technology.

Namely, according to the official announcement, in Q3 2022 the volume of daily served video ad impressions grew to 54,000,000, demonstrating a gradual increase in serving volumes following a commonly tracked summer slow-down.

In this respect, as Anton Liaskovskyi, CEO of AdPlayer.Pro claimed, the outlook of the September 2022 data, in particular, demonstrates a noticeable upward trend in business activities, which will definitely accelerate in Q4 2022.

As for the AdPlayer.Pro’s functional capabilities, in July – September 2022 the developers’ team was focused on the enhancement of the existing programmatic ad features in the company’s ad-enabled video player technology, primarily related to the oRTB Demand integration & configuration, as well as the outstream video player API.

More importantly, just recently AdPlayer.Pro has officially released the brand-new outstream ad format variation, which should enable publishers to achieve maximum viewability of video ad creatives, integrated into their editorial content environment. Namely, the new ad unit, known as the so-called “Reverse Sticky” implies the outstream player launches on a page in a Sticky mode, then changes to InPage/InBanner, correspondingly, when it gets to the visible area following the page scroll.

Notably, according to Mr. Liaskovskyi, the use of “Reverse Sticky” by the company’s partners on the Supply side has doubled over the past 30 days, with a gradually greater share of publishers wishing to give the new video ad unit a try right at the beginning of this year’s Winter Holiday season