Coming Soon to a Home Theater Near You: Content, Competition & Consolidation Color the Future of Digital Video 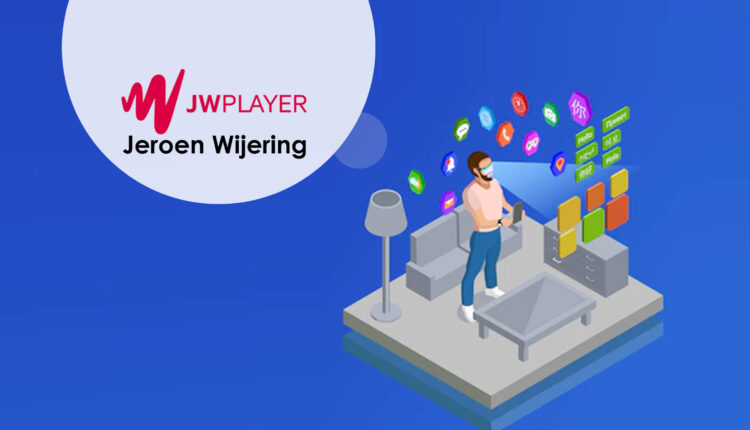 It was almost exactly two years ago to the day when the The World Health Organization first declared COVID-19 as a global pandemic. Four days later, on March 15th, state governments across the country began issuing lockdown orders. With the outside world on indefinite hiatus, consumers turned to their smartphones, CTVs, and streaming devices in record numbers, seeking some measure of comfort and connection at a time of growing anxiety and isolation.

From January 20, the date of the first confirmed COVID-19 case in the US, to the last week of March 2020, the total number of video plays across JW Player’s network of broadcasters increased by 46%. In that same period, viewer sessions and hours watched leapt by 49% and 74%, respectively.[1] At the time, most of us couldn’t imagine spending the next two years in the grips of COVID-19. And in much the same way, most of us didn’t imagine that this initial explosion in viewership would be more than a temporary phenomenon.

It’s clear now that both of those assumptions had been failures of imagination. Today, over 82 million American households are streaming digital video content each month, at an average of 100 hours per month. And still, the digital video economy continues to expand, with new audiences and competitors pouring in by the day, and no sign of a slowdown anytime soon – as forecasters anticipate the industry to surpass $1 trillion in annual revenues by 2027.

With all that revenue growth, you can be certain that more businesses will enter the market to stake their claims. And those already in the market will try a variety of strategies in hopes of increasing their own. New technologies like 4k and interactive video will be used to attract new subscribers and retain existing ones, especially in the newly flourishing category where matters of performance have always been vitally important to audiences.

With Netflix’s long reign now being legitimately tested by the likes of Amazon Prime and Disney+, it’s anyone’s guess as to who will win the battle for streaming supremacy. The only party certain to come out on top will be audiences, as the major players invest more and more into original content production in hopes of striking on the next must-watch series or film. Netflix, for example, is expected to increase its investment in originals from just over a third of its total content budget to nearly a half by 2025.

Elsewhere, however, innovation and content creation may very well take a back seat to mergers and acquisition, thanks in large part to the looming threat of subscription fatigue. A recent survey from Deloitte found that the average American household now subscribes to nine separate digital media services, four of which are paid video. If that sounds like a lot to you, don’t worry, you’re not alone. In the same survey, 53% of respondents said they were frustrated by the need for multiple streaming subscriptions, and 52% said they found it difficult to access content divided across so many subscriptions. Perhaps these sentiments were in mind when Deloitte predicted at least 150 million paid SVOD subscriptions will be canceled in 2022, driving churn rates as high as 30% per market.

The rising tide of OTT mergers first started in earnest last May, with Amazon acquiring MGM Studios for just under $8.5 billion and AT&T’s announcement that subsidiary WarnerMedia would be merging with Discovery, a deal worth a whopping $43 billion. Despite receiving some initial antitrust blowback in both Europe and the United States, the merger was given the final go-ahead from regulators in early February. Their success has undoubtedly heartened other companies considering the M&A route, and we will almost certainly see more moves like these in the coming years.

Consolidation won’t always work to reduce the number of services in a single market. Companies will also look to M&A as a way to gain access to established audiences in new markets, just as ViacomCBS did through its partnership with Nordic Entertainment Group, which has provided a pathway to Europe for its Pluto TV service. Pluto TV will consolidate with the Nordic Viafree service to form a specialized Pluto TV offering unique to the region.

More and more companies will embrace this less visible breed of consolidation as a way to secure themselves in the face of increased fatigue and churn within markets. It will also prove valuable to advertisers as they explore new markets to ensure maximum reach for their ad spend. With the APAC region forecasted to experience the most growth in coming years, expect to see a move like Pluto TV’s trip to Europe mirrored somewhere in the Asia Pacific.

The specter of subscription fatigue will also inspire new strategies in monetization. Surveys have shown that a web of multiple streaming services is considerably less bothersome when there is no monthly fee. Aware of this, providers are increasingly turning toward advertising monetization as an alternative to the paid monthly subscriptions model. One high-profile instance of this was Comcast’s recent move to make its Peacock OTT service partly advertisement-driven, rather than being purely subscription funded. This move to “mixed” or “hybrid” monetization models establish a blend of offerings on the spectrum between SVOD and AVOD that lets viewers engage with services in a variety of ways. This makes providers more resilient as some users will  simply opt in to ads rather than cancel a subscription.

Similarly, large media conglomerates who own multiple streaming services (both free and paid), will consolidate their apps and services to streamline their consumer options. Audiences will have the option to choose the payment tier that best suits their needs, and in exchange, media companies will make themselves accessible to a more diverse, integrated audience.

Compared to linear television, OTT / digital video offers more sophistication and value per ad dollar, and that is a gap that will only widen as marketing technologies continue to develop across connected channels. The obvious advantages in targeting and attribution are already enough to place OTT / digital video on an entirely different plane than linear television. The possibility for interactivity only serves to make the promise of OTT all the more appealing as growth in interactive advertising will give brands another avenue to connect with consumers directly and dynamically. All this takes on an even higher shine when viewed in light of the third-party cookie’s imminent demise.

And it looks like advertisers are catching on, leading to a surge in OTT ad spend. A recent survey report from Advertiser Perceptions revealed advertisers plan on increasing their spending on OTT more sharply than any other channel, including social media. Their findings have been echoed by industry forecasts, which project OTT to soar past $2.3 billion by 2025.

Digital video has gone through a great deal of change in a very short time, and clear winners have yet to truly settle out of the tumult. But, as competitors push and pull from all sides, the one direction we know for certain digital video’s heading is up – and that’s a reason for every advertiser to rejoice.