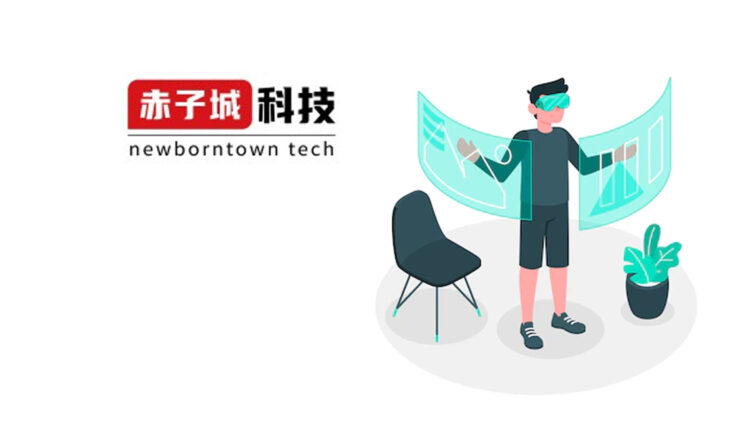 This event marks Newborn Town’s new step towards the metaverse. The company has been keeping generating new ways in the exploration of metaverse and expanding the imagination space for the social networking content creation. Newborn Town has been testing Meta Town on Yumy, one of its video social products, and co-founded the Social Metaverse AI Strategic Alliance together with a subsidiary of Digital Domain and Phenom Films.

YUMY QUEEN 2021 NFTs, a collection of social networking digital collectibles derived from badges of honor corresponding to the Top 100 female influencers on Yumy in 2021, has been available to billions of global users.

Every piece of YUMY QUEEN 2021 NFTs is a limited, one-of-a-kind and tamper-proof digital collectible. The collectibles, based on influencers’ images and information such as name, user ID, country of origin and horoscope, will be cast on a decentralized blockchain.

It is worth noting that the ownership and value of the digital collectibles belong entirely to platform users. At the same time, followers of influencers who own YUMY QUEEN 2021 NFTs will also enjoy priorities in social interactions corresponding to the influencers, such as prioritized video calls, exclusive customized gifts, access to exclusive content, online alerts and so on.

At the event, influencers from Germany, Spain, Morocco and many other places around the world, who have been creating content on Yumy, also delivered their congratulations on the launch of the digital collectibles via videos. As they mentioned, the release of digital collectibles has made them feel that they’re creating values, which encourages them to keep creating, and they also expect to see more meaningful renovations from Yumy.

Newborn Town is motivating content creators and users to produce more interesting, unique and valuable contents to usher in a friendly and sustainable content ecosystem.

LI Ping believes that social networking, in essence, can be divided into “affection social networking” and “value social networking”. Since 2014, Newborn Town has been focusing on “connecting” and “creating” in the field of social networking, and upgrading how they are achieved amid technological progress, so as to meet the needs for affection and value of users during social interactions. Features of metaverse, including hyper-immersion, coexistence of virtuality and reality, decentralization and privacy protection, will result in more efficient and vivid connections, more ways of expression, a more active ecology and a stronger driving force for value creation.

Since the exploration of metaverse in 2020, Newborn Town has been actively studying related technologies and applications and made a panoramic layout around core elements such as virtual avatars, digital assets, and hardware devices:

In the first place, in Meta Town, which is under alpha test, users can upload their own photos to   generate 3D dynamic virtual avatars backed by AI algorithms. They can also edit and customize the avatars as they like. In addition, the avatars synchronize with the users’ facial expressions in real time, and can be used to match and interact with other users in video calls.

In the next step, Meta Town will add virtual social scenes such as cafes, cinemas, bars and beaches. The exploration of metaverse scenes will give full consideration of different cultures and geographical features of global users, to provide a more diversified experience.

Aside from that, Newborn Town has also been advancing its cooperation with a Chinese motion-sensing device company to expect a breakthrough in hardware and accelerate the connection between virtuality and reality.

The release of YUMY QUEEN 2021 NFTs, with encrypted digital collectibles as the entry point and decentralization as the core, is another step for Newborn Town to accelerate its exploration of metaverse, following the elements of identity, social relationships and virtual technology. “In our process of addressing the needs of ‘affection’ and ‘value’, the digital collectibles are not only a milestone of the past, but also a new starting point for the future,” LI Ping said at the event.

Relying on the transparency and tamper-proof characteristics of blockchain and combined with smart contracts, it’s easy to identify the digital collectibles’ creators and holders and ensure that only the holders have the right to operate on the asset, thereby transforming the flow of information in the digital world into a flow of value.

Data, serving as the most essential productive factor of Internet, plays a critical role in decentralization of Web3.0 era. Data must be used with attention of not only the protection of the rights and interests of data owners, but also how data assets can circulate more flexibly and freely. Meanwhile, as a new thing, encrypted digital collectibles determine ownership in the digital world based on their own characteristics, and are also essential, as the public regard them as the infrastructure for the coming metaverse.

“The Web3.0 era is approaching. Our company will try to construct a decentralized underlying network and develop purer metaverse APPs, to allow users to fully or largely control their own data and content, and to make the value they create more sustainable by means of encrypted digital products. Thus, we are aiming to create a transparent and prosperous social metaverse ecology together with users,” LI Ping said at the conference.

With over a decade’s experience in global market, Newborn Town has been dedicated to meeting the social needs of global users through innovation of technology and product models. In the future, the company will firmly keep focusing on global social networking business, increase prospective exploration of new technologies and new fields, and integrate more imaginative innovations such as Web3.0, NFT, SocialFi, DAO, so as to meet the upgrading social needs of global users and bring more real-time, efficient, immersive and valuable next-generation social experience.