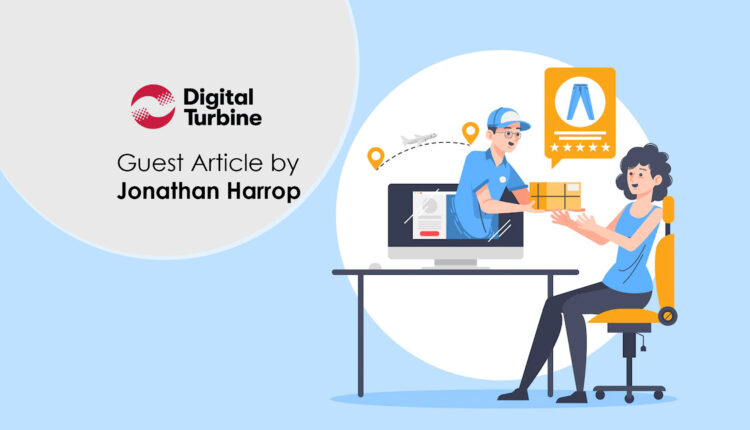 With the massive shift in digital advertising away from people-based targeting, it’s tempting to think back to the days before desktop cookies and mobile IDFA. Somehow, the advertising industry still existed, but was dominated by TV and newspapers vs. today’s plethora of digital channels.

If you break down advertising into three buckets: Message (what you say), Frequency (how often you say it) and Delivery (who you say it to, and where), the media world had far less control over the Delivery. We lacked precise tracking technology to know who was watching, what they were buying or where they were acquiring those products. It wasn’t until the 1980s, for instance, that the Nielsen People Meter was introduced to understand the household-level viewing behavior of programming and ads. Around the same time, the CPG industry saw widespread availability of point-of-sale scanner data to quickly and accurately measure the impact of price, promotions and print/TV advertising on sales.

These innovations seemed to kick off a 40-year gold rush for companies that could help marketers better understand and target specific audiences, as well as the advertising effectiveness of each channel. This focus on Delivery – the obsession with and reliance on the algorithms and technologies that could connect you directly to ideal consumers – did several things.

First, it shifted marketers’ mindsets from long-term brand building to short-term transactional sales, via direct response tactics and messaging centered on price and promotion. After all, when you can deliver a message to one specific consumer, at a particular time, via a particular channel, who needs creativity? Who needs variety? The definition of variety changed to mean hyper-granular variations, like a different color button on a CTA or other A/B testing. That isn’t real variety, it’s down-funnel optimization.

Second, it enabled marketers to let go of the old ways of working with big creative concepts, coming up with different messages across a single campaign. Think GEICO, for example: Every time you see that gecko, he’s somewhere else. Each of those messages might speak to a different type of consumer, but the core concept is the same, and it builds consistent awareness of the brand over time – and without annoyance. Not to mention the cavemen, the non-sequiturs, “count on GEICO,” and many, many more.

Third, focusing on Delivery helped marketers not only shift their thinking on creativity and messaging, but also amp up the volume. Previously, there were limitations to media buys – a brand really had to make strategic choices about where they wanted their impressions to fall. Now, however, with the explosion and fragmentation of media, there is effectively unlimited inventory; you can blast your message wherever you want, and however frequently you want.

The problem is, consumers started to get ad blindness, and I would even argue that the Rule of 7 – where it takes 7 impressions before a consumer remembers your brand – is even outdated. Consumers are presented with thousands of ads a day; there’s no way that they’re recalling hundreds of brands. Unfortunately, advertisers’ response has been to simply serve them more.

And not just more creatives, but more of the same ad. I like Marvel movies, sure, and their ads are cool, but even I have a tipping point where I just tire of the same thing over and over. It doesn’t have to be this way. You don’t have to saturate people. Consider instead the power of opt-in (and I don’t mean Apple’s definition) ads. Rewarded video is one proven way to boost engagement that we’ve been evangelizing for years.

You can also do an offer wall campaign, or spread the message across channels, like in the feed of a weather app instead of only on a video streaming platform. Think about what value you can create for the user. Keep in mind that the very first mobile ad ever served was from a Finnish news provider in 2000. More than two decades ago, they sent free news headlines via SMS – something they believed would add value and be well-received by the end user.

Ultimately, what we need to strive for is originality – in message, in execution and in delivery. We’ve all seen what happens when something gets stale, or repetitive. It doesn’t matter how relevant an ad is to a consumer, if it’s not different, innovative or unique, they either won’t pay attention or they will actively resist it. In today’s always-on culture with such high expectations for entertainment, the moment you become boring is the moment you become ignored.

So without the ability to target users via devices across the entire digital ecosystem, not just Apple, advertisers need to be prepared for what’s next.  It’s obvious they aren’t there yet. In a survey of 146 agency and brand professionals, 71% said they are worried and don’t know what’s next. For an industry that loves to prepare and anticipate the next ‘thing,’ that’s a scary statistic.

What they can, and should, prepare for, is a broadening of the mind to include those original facets of our industry that made it great: Creative executions. Experimentation in message, not just in the color of a button. And intelligent distribution, at the best frequency for the greatest impact without slipping into the danger zone of repetitiveness.