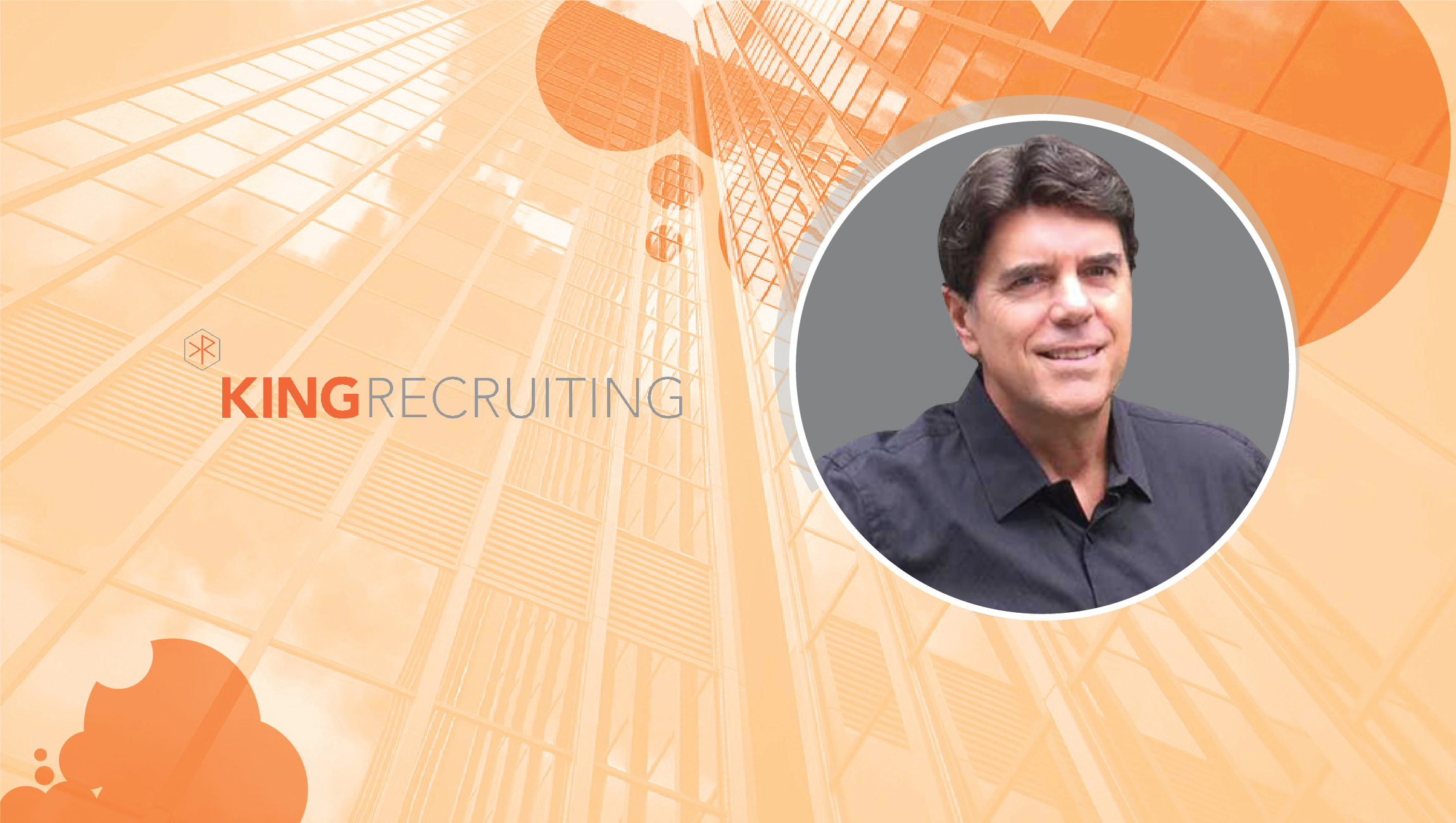 Tell us about you got into the Recruiting business.

Back in 1998 I ran into an old friend at a golf course that I hadn’t seen in years. I asked him what he was up to. He said that he was a recruiter. My response was, “for the Army and Navy?” I did not know anyone that was a recruiter. He told me that he worked for a company that placed people at Tech companies in the Silicon Valley. He said that he really liked it and was making great money. I was looking to make a career change and he mentioned that the company might be looking to add another recruiter. Three months later I started my recruiting career and it just happened to be during the dot.com gold rush. It was like shooting fish in a barrel. I believe that the biggest challenge in life is finding what you are good at and being able to make a living at that. It took me awhile, but I had a feeling that I might have just found it. As fast as things were going great for me they came to a crashing halt as the dot.com gold rush turned into the dot.bomb. By August 2001, the company shut the doors.

At the end of 2001 I was offered a job at Triad Group. It wasn’t the best time to be an external recruiter for Tech companies in the SF Bay Area since a lot of companies had either shut down or downsized. If a company was in position to be hiring they didn’t need someone like me because there were plenty of talented people on the street looking for work. I made it to 2003 and then things really took off. I was introduced to the CEO at a company called Callidus who wanted me to find him a new SVP of Marketing. I ended up finding him his SVP of Marketing in May and then placed 8 more people in variety of roles over the next few months. In 2004 I was introduced to a company called SuccessFactors. My first hire was the VP of Bus Dev & Alliances. After that I filled many roles in Marketing, HR and Engineering. During this time I tried to find companies that were growing and I would work on any roles that they gave me.

When did you start to focus on placing Marketers?

I would say that in 2008 is when I first started to think about focusing on only placing Marketing roles. During that time Jon Miller from Marketo reached out to me and said that he was ready to build out the marketing team. I first met Jon back in 2004 when he was at a company called E.piphany. From 2004-2005 I worked with Jon to build out his Product Marketing team.

In 2010 I was introduced to Greg Ott. Greg was the CMO at DemandBase. For the next year I helped Greg build out his Marketing team. After working with Greg and Jon I started to get more and more calls from CMO’s to build out their teams, plus I was starting to get referrals to CEO’s that were looking for a CMO.

Why did you want to open your own Recruiting firm? What do you like about being a Recruiter?

Last year I started to think if I was ever going to run my own Recruiting firm now was the time. In September I launched King Recruiting, Inc.. Over the last 15+ years I have been blessed to work with some of the top Marketers in the Bay Area. There are two things that I really enjoy about being a Recruiter. The first one is when I can find someone that perfect job and it really changes their life. The other thing is when I meet that up and coming Marketer who one day will be the VP and then one day will be the CEO (Rob Bernshteyn – Coupa, Stacey Epstein – Zinc).

I really enjoy working with CMO’s and CEO’s to build out their Marketing teams. I am looking forward to seeing what is in store for Marketers in the next 15 years!

What skills are Marketers looking to upgrade to be able to tackle the advent of AI in Martech?

AI is the big buzzword in marketing like ABM was a few years ago. I read a report from Salesforce that mentioned that the most successful marketing teams are 2x more likely to include AI in their campaigns, so marketers expect more growth in this area than any other over the next two years. I don’t believe that robots will be replacing people in Marketing anytime soon but you have to be ready to meet the challenges and opportunities of AI. I believe that marketers will need to have very strong analytical skills to be able decipher all the data that will be coming at them, and also they have to be able to combine that with a great imagination so they can be a truly modern marketer.

How do you think martech recruitment would change in 2018?

As of right now I really don’t see any big changes in martech recruiting in the coming year. If anything, I think that it will be harder for companies to find what they are looking for in the ”right candidate.” Right now there are more companies looking for MarTech candidates than there are strong Martech candidates available to fill the roles.

What makes you the top choice for martech firms?

Longevity! I have seen what has worked for companies building their Marketing teams and I have seen what has not worked with companies building their Marketing teams. For startups it is tough call, do they hire a seasoned Director of Demand Generation that will cost them a lot of money, or do they hire a junior person who is smart and may or may not be able to run the Demand Generation engine. When it comes to a VP of Marketing hire at a startup does the CEO hire the seasoned VP of Marketing that has scaled a company a couple of times or do they roll the dice on a first time VP of Marketing. Over all these years I think I have been able to identify which candidate is right for the company.

What are the pain points for martech firms in finding and onboarding the right marketing talent?

Since I primarily work with startups one of the challenges that I continue to hear is… “We need this person to be tactical, strategic and be able to scale revenue!” The other pain point is similar to what I mentioned in Question # 2, since today’s Marketers need to be both creative and analytical, companies are having a hard time finding people who are both a left-brain thinker (Analytical) and a right-brain thinker (Creative).

Having worked with the martech firms since their initial days, how would you describe the evolution of the martech ecosystem?

One word… Crazy! 33 percent of the marketing budgets are spent on MarTech. In 2011 there were 150 Martech companies. Today there are over 5,000 companies. It’s all about the Revenue! Almost 50% of the 5,000 plus companies are VC funded startups. Over the last few years, if you had an idea for a product that could help Marketing and Sales increase Revenue you could get funding.

I also read an interesting stat that said that 56% Marketers polled thought that the MarTech Industry is evolving faster than their companies’ use of the marketing technology. It has also been fun watching the evolution of Social Media in regards to Marketing. I wasn’t sure about it years ago, but now it is must for any Marketing department. I also believe that we will see more Marketers using video for customer testimonials, case studies, and live streaming events.

Consolidation! I believe that 2018 will be the year of consolidation in the martech ecosytems, and the year has started off with a bang with Terminus acquiring BrightFunnel.

I think we just need to buckle in and get ready for 2018!

What startups are you watching/keen on right now?

What apps/software/tools can’t you live without?

LinkedIn, Bullhorn and my iPhone

My productivity hack is to keep my schedule the same every morning… 6:40am the alarm goes off. Workout for 1 hour. Have my Protein shake. Shower. Grab a cup of coffee and walk into my office.

What are you currently reading? (What do you read, and how do you consume information?)

Many years ago someone told me, “Life is a Marathon, not a Sprint.” At first I brushed it off. Today, I sit here and know that the statement is very true and it fits me perfectly!

Tag people in the Martech ecosystem whose answers to these questions you would love to read:

Thank you Michael! That was fun and hope to see you back on MarTech Series soon.

DeepIntent’s Chris Paquette Named CEO of the Year in…

BlueJeans by Verizon Named Leader in Globe for Intelligent…

One Identity Bolsters Executive Team to Capitalize on Market…