Are Games a Safe Place for Brands? 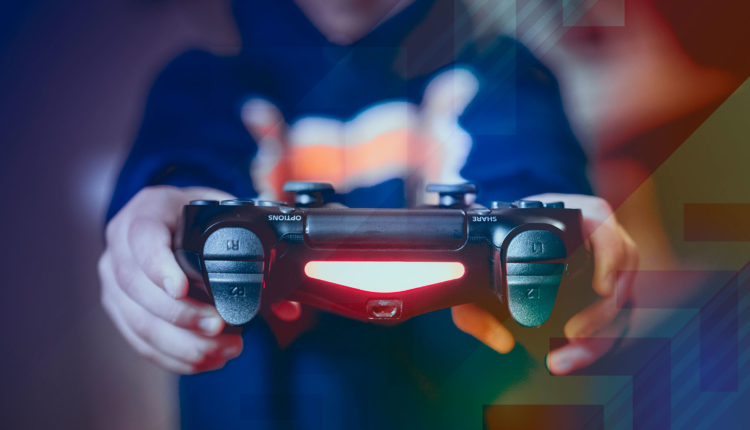 If I were to get brand advertisers in a room and ask them about their three biggest advertising nightmares, chances are most of them would say ad fraud, brand safety and lack of transparency. Digital advertising, particularly in the modern-day AdTech industry, has struggled with these three issues for many years now. Brand safety continues to be a serious concern for 99% of ad industry professionals surveyed this year by CHEQ and Digiday.

Earlier this year, YouTube and Google found themselves in the middle of a brand-safety crisis when as many as 250 brand advertisers pulled their ad spend after they found their ads were running next to extremist content. Advertisers — and their target audience — care about the brand’s reputation, which is why brand safety has been such a burning issue for digital advertisers.

Before we go further, let me ask you what constitutes a “brand-safe” environment for advertisers? Is it just concerns on ad placements in content that is classified as pornography, or hateful/extremist by nature? Sure, it constitutes these, and more.

Read more: The Rise of Data as King in Advertising: How Marketing KPIs and Metrics Are Helping Brands Enhance Their Consumer Interactions

Brands want to run their ads in an environment that is not inappropriate to the audience or content that doesn’t affect larger sensibilities. But what about brand values? Does the idea of brand safety not extend to that? It’s important to understand that brand safety is also about the quality of publishers and the inventory they offer. Advertisers care about brand reputation but also the brand values. Running ads in an environment that goes against those brand values can not only harm the brand reputation but also has the danger of spooking the audiences who connect with a brand for its values and persona.

As brands find new and innovative ways to reach audiences, video gaming is emerging as a preferred choice for advertisers who want to catch the attention of the young users where they are most likely to be. Majority of such users spend upwards of seven hours per week playing games and that is a huge demographic group waiting to be explored by advertisers. Let’s dive into the key reasons that make games a safe place for brands:

The top game publishers today are also well-known industry names and big brands themselves. Advertising with them works well for brands because they have full transparency on who they are associated with and the reputation that carries. Tech advancements also allow both brands and game developers to have greater control over where ads are placed, bringing both scale and transparency. A protected game environment that serves ads in a native way translates into better advertising opportunities for brands who want to reach massive gaming audiences.

In the era of social media advertising, advertisers don’t have enough control over the user-generated content, such as inappropriate content, making it vulnerable to risks. Video gaming, unlike social media, is free from such content and gives full control over ad placements, eliminating the fear of advertising in open channels.

Brands benefit from advertising in premium games as it gives a “premium touch” to their product. Big gaming titles such as Fortnite and League of Legends continue to grow and are an integral part of youth’s pop culture. A study reports that the worldwide gaming audience is now even more than the combined audience of popular entertainment mediums such as HBO, Hulu, and Netflix.

Brands also benefit from gamers who already have the eyeballs in the game. Modern-day gamers are no longer bored teens. Research says that every third person on the planet plays games. Many of these today’s gamers are sophisticated users who hold great buying power and are open to making connections with a brand that resonates with them and their peers.

Gaming, by its nature, not only ensures that the concept of brand safety is taken to a more granular level but also the emotional connection with the audience is maintained thereby positively impacting consumer perception. By advertising in a popular game, brands not only have a favorable ad environment but are also perceived as friendly and reachable by the young user base.

Cheq revealed in a survey last year that ads that appear near negative content decrease consumer intent to associate with a brand by 2.8 times. Modern-day advertisers are becoming more open to understanding various levels of brand safety.

Earlier the concept of brand safety was limited to the understanding of whitelisting or blacklisting, now brands want to take a more personalized approach towards their brand safety strategy. Console games and esports give brands an enriched experience for their advertising while ensuring intelligent brand safety.

In-game advertising has benefited from the technological improvements in this space. Even before ads are placed, advertisers (and publishers) have greater control over the content and placement of the ads within a gaming session. Gaming levels provide users with varying themes and emotions throughout the gameplay. By having a pre-emptive approach to user behavior, brands are also able to make real-time decisions into where to place the ads for increased interaction possibilities.

Advertisers understand that the user decision is influenced not just by the content of the ad but also where it is placed. By offering a more personalized and contextual targeting, in-game advertising makes brand safety more effective. Bringing in ad viewability to gaming also means that advertisers have transparency over what they are paying for.

Gaming holds potential for brands with its ability to draw eyeballs during the gameplay and engaging them with the in-game content. Spending in games has consistently increased over the last couple of years, and this year users are expected to spend almost $152 billion on games in 2019, a growth of +9.6% year on year. With the promise of brand safety and viewability, gaming is also becoming an attractive choice for brands to reach to new-age audiences.

Anzu’s first-ever ad verification solution launched with Cheq further brings brand safety to a higher level by guaranteeing that advertisers get a worth for their advertising in a viewable, brand-safe and fraud-free environment.

As more and more brands adapt themselves to new Marketing techniques offered by gaming, the space is likely to evolve further with more sophisticated offerings and innovation for advertisers to get more bang for their buck.