Getting Started with LinkedIn Live 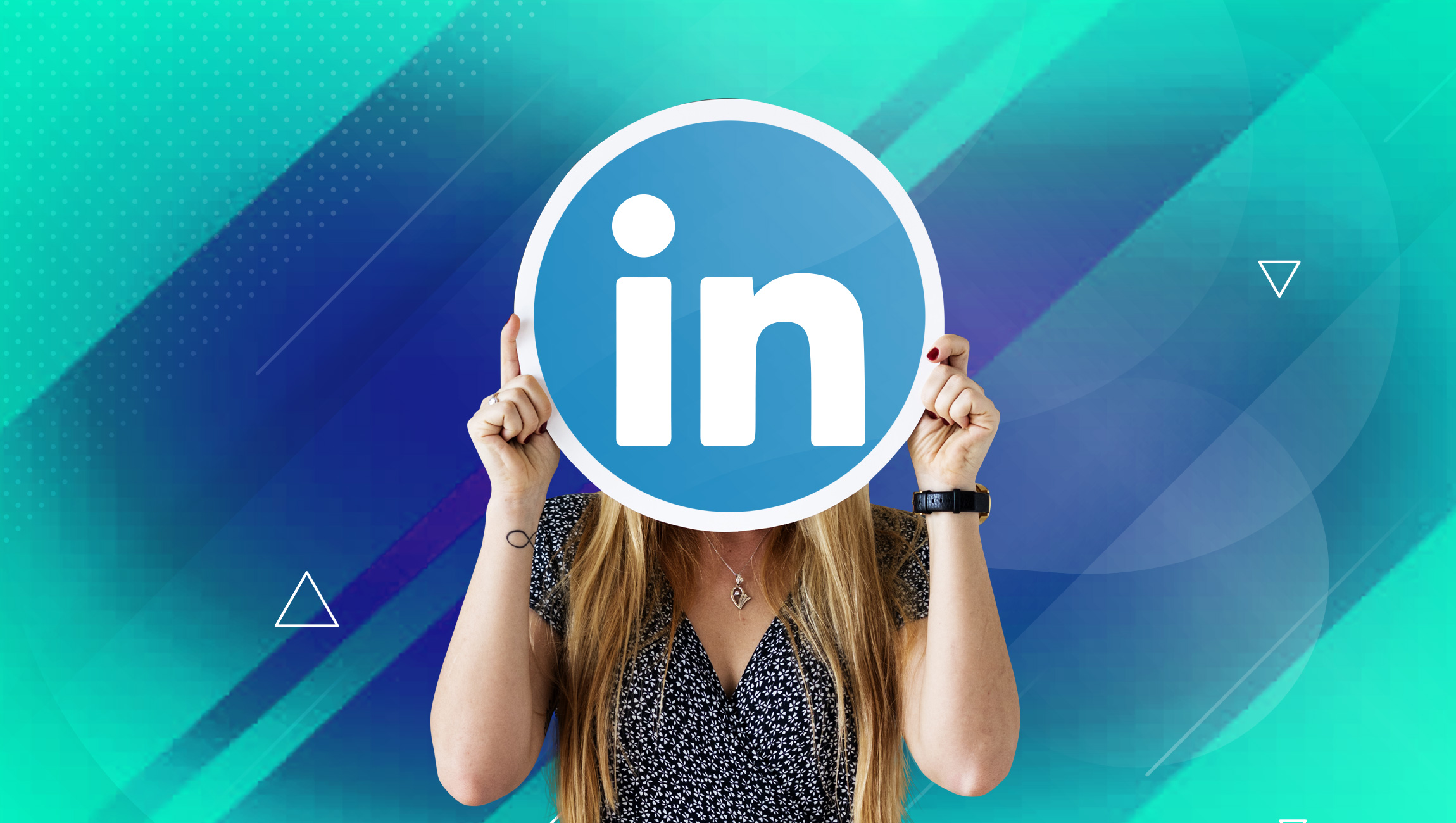 LinkedIn Live is LinkedIn’s version of Facebook or Instagram Live. This new platform allows users to broadcast live video to their network, and allows company pages to broadcast to their followers. The platform is being rolled out slowly and is currently being piloted by a small group of users, so it isn’t yet available to the general public, but you can apply to be a part of the pilot program.

I was able to get early access to LinkedIn Live as part of the alpha group (more on how to get in below). While I applied via LinkedIn’s contact form, I also emailed everyone that I could find who’s posted something under the hashtag #LinkedInLive. This included broadcasters in the alpha program, LinkedIn Product Managers running this new initiative, and people running the third-party platforms you need in order to broadcast. I’m still not sure who exactly got me approved. But, a week later I got a message from LinkedIn saying I was in.

A month ago, when I was first able to start livestreaming, it was estimated there were around 200 people in this alpha program. However, it has continued to grow and now I’d estimate there are over 500 people that have the ability to livestream on LinkedIn.

It’s unclear if LinkedIn will allow all users to eventually use this functionality. If that happens, it will most likely be more than 9 months from now as the program is still in its infancy. Right now, it’s still just for the early adopters. And, in my opinion, it will be the early adopters who get the most value from it.

Like many of the new features on a given social network, LinkedIn Live provides benefits that can’t be replicated as easily elsewhere online.

A wide audience: The biggest benefit of LinkedIn Live is definitely the ability to live stream to a large network. Any time you go live, everyone who follows you will receive a notification on LinkedIn and a push notification on their mobile device. This will no doubt go away and is a key benefit that early adopters get for being on the platform. In the meantime, the current users of the platform get added reach. This is especially true for companies trying to build an audience with HR, Sales or any of the other core power user demographics on LinkedIn.

Product Influence: By being an early adopter of the technology, you have the opportunity to define what the future of the platform will look like. By getting on LinkedIn Live before the general public, you can give LinkedIn feedback on what’s working, and what’s not. This is a great way to ingratiate yourself with the Product Managers of one of the most important social networks at a time when they are hungry for feedback.

Define the Medium: The early adopters are now trying to figure out what content works the best. Is it educational, AMAs, roundtables – the people and organizations who figure this medium out first will have a large headstart in capturing a valuable audience of business minded decision makers.

The partners LinkedIn currently works with are Switcher Studio, Socialive, Wirecast, Restream.io, and Wowza (with more coming soon). Here’s a brief overview of the pricing and features of each of them. Each of the partners offers some sort of a free trial so you can find the one that works best for you!

A Socialive subscription costs $179 per month with a 14 day free trial. The platform offers standard graphics and overlays, a mobile app, and the ability to invite guest broadcasters. 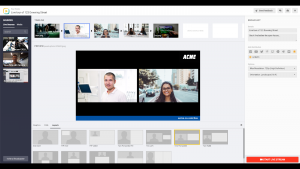 We used Socialive a few times. It’s a newer product and so we ran into a few bugs. However, their customer support team is stellar and they responded very quickly and were always willing to jump on the phone with us to trouble shoot whatever was happening at that time.

Switcher Studio offers standard overlays to your videos and a solid mobile app. However, the video chat functionality, which allows you to have multiple video feeds comes at an additional cost. We have also tried out this product and found that it was very reliable when broadcasting from a single camera, but was more spotty when using the video chat functionality to bring in multiple broadcasters. Once you get a hang of the app, the functions are pretty simple to use. Pricing for personal use starts at $29 per month and $49 per month for businesses. 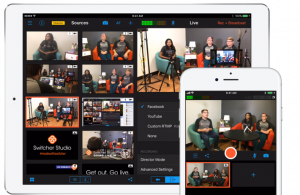 It’s also worth noting that this tool is offered on mobile only. So, make sure you have an iPad to use as a control center.

Wirecast is more expensive than the competition (starting at $249 per month or $449 for multiple input sources) but comes packed with additional customization and features. This product is geared toward people with more advanced broadcast needs, but even boasts compatibility with a USB controller for the interface. 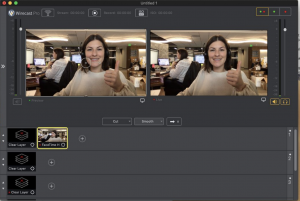 LinkedIn’s two newest partners, Restream and Wowza offer similar live broadcasting services and start at $16 and $49 respectively. They are brand new to the platform and so we haven’t had time to play around with them.

The platform is very new and has some wrinkles being worked out, so here are some of our best practices for using the platform: 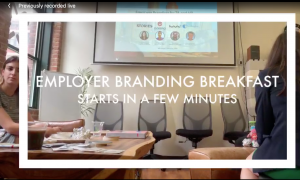 We’ve tried a variety of different types of LinkedIn Live content from informational videos to live events, interviews, AMA’s, roundtables, and even game shows. As you would expect, we’ve had the most success with the most interactive events where we’re constantly asking the audience for their questions and comments. 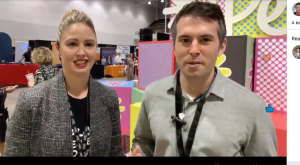 For example, our videos with the greatest viewership and engagement were the live game shows on HR Tech. We found a few contestants and asked them questions about the industry and asked the audience to participate. These were entertaining, informative, and very well received! Overall, Linkedin Live is a new, buggy, but very promising platform that allows B2B marketers a new way to engage with a large and valuable audience.

Have you tried anything on LinkedIn Live that’s worked well? Let us know in the comments!

Read more: How Can Your Organization Manage Candidate Queries Faster With Live Chat

Founder @nextwavehire ➤ helping HR become marketers: http://www.nextwavehire.com .
Passionate entrepreneur focused on helping companies build their employer brands through authentic employee testimonials that dive deep into what life is like at a company.