Post-BFCM Analysis Shows That Sales Went Up, Even As Conversions Dropped

By Bernard Meyer, Director of Content and Research at Omnisend 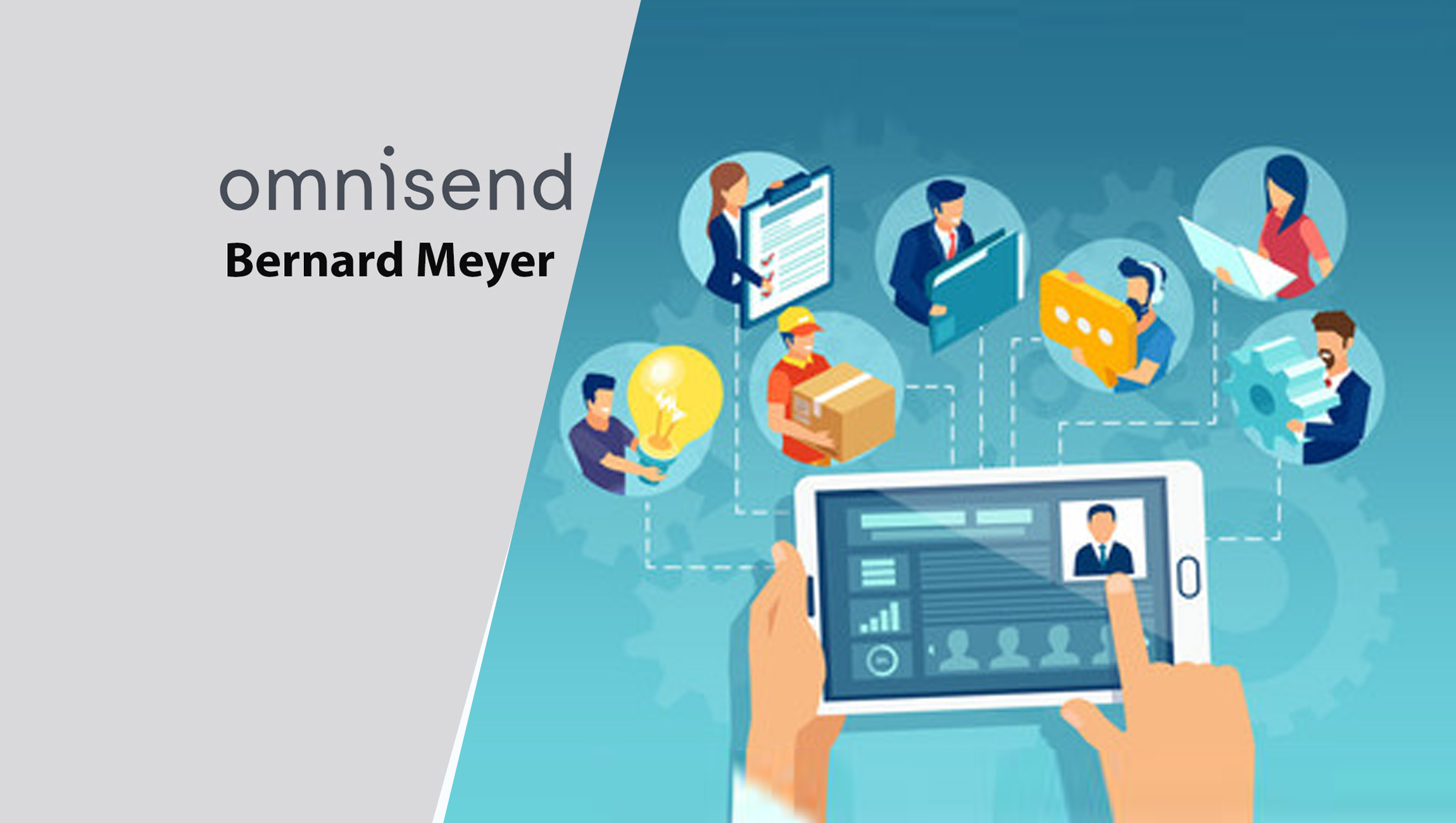 This year’s BFCM (Black Friday-Cyber Monday) was the first in nearly 10 years when the industry experienced a decrease in sales. At least, that’s since Adobe began tracking BFCM sales, and this year saw a 1.4% decrease in Cyber Monday sales.

When Omnisend analyzed its own customers’ BFCM 2021 data, for the Cyber 10 period of Nov. 21-30, it saw a similar, but more balanced trend:

What kind of numbers are we talking about? Here’s the quick-and-dirty summary:

When looking at all the messages sent out (in Omnisend this includes email, SMS and push notifications), we saw that:

So absolute sales went up, but that is linked to the fact that the absolute number of messages sent out increased.

However, when looking at conversion rates, we saw that:

Overall, one trend that we saw that still hasn’t changed is that automated messages make up a small percentage of messages sent out, but bring in a large amount of orders.

Specifically for BFCM 2021, automation made up only 5% of all sends, but brought in 31% of all orders.

Let’s take a deeper dive into these findings.

Emails: drop in all conversions, but orders are still strong

When looking at the promotional emails (one-off, manual campaigns) sent over this year’s BFCM period, we saw that the highest amount of orders came (unsurprisingly) Black Friday, followed by Cyber Monday and Small Business Saturday: 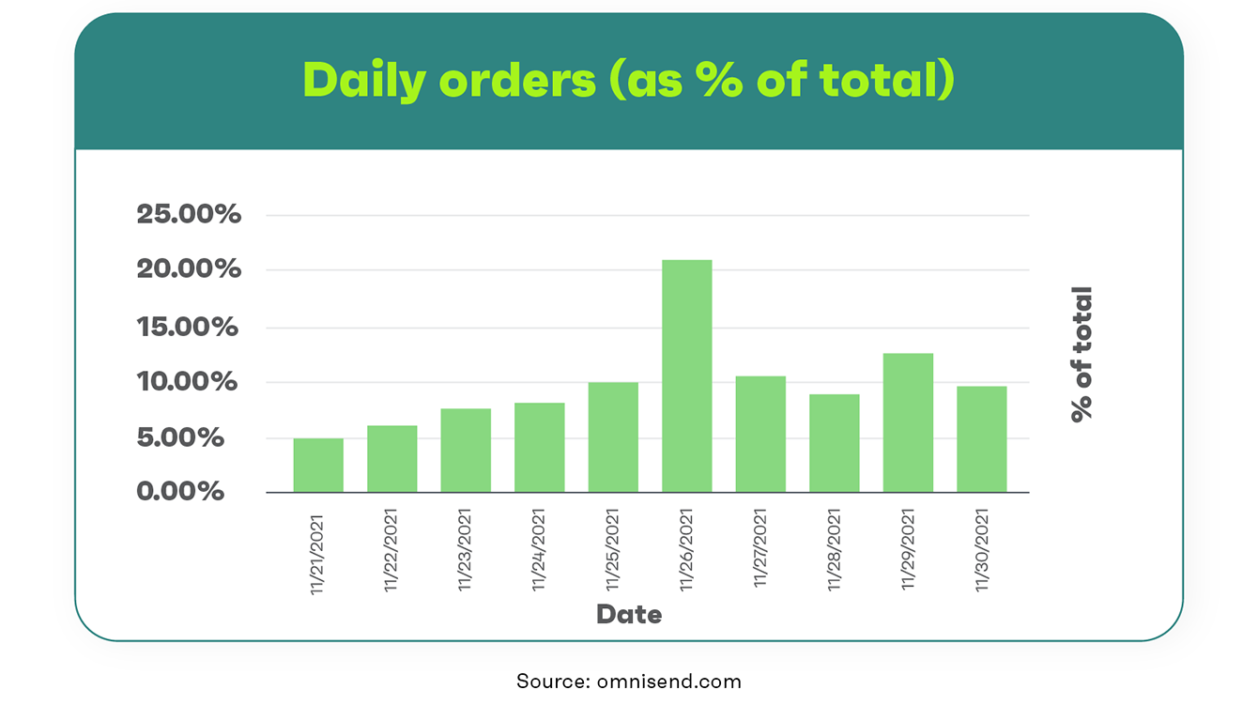 This lines up with the most popular days for sending out promotional emails.

For automated (triggered) emails, the most popular days were Black Friday, followed by the Monday before Thanksgiving (3.598 million), and Cyber Monday (3.594 million): 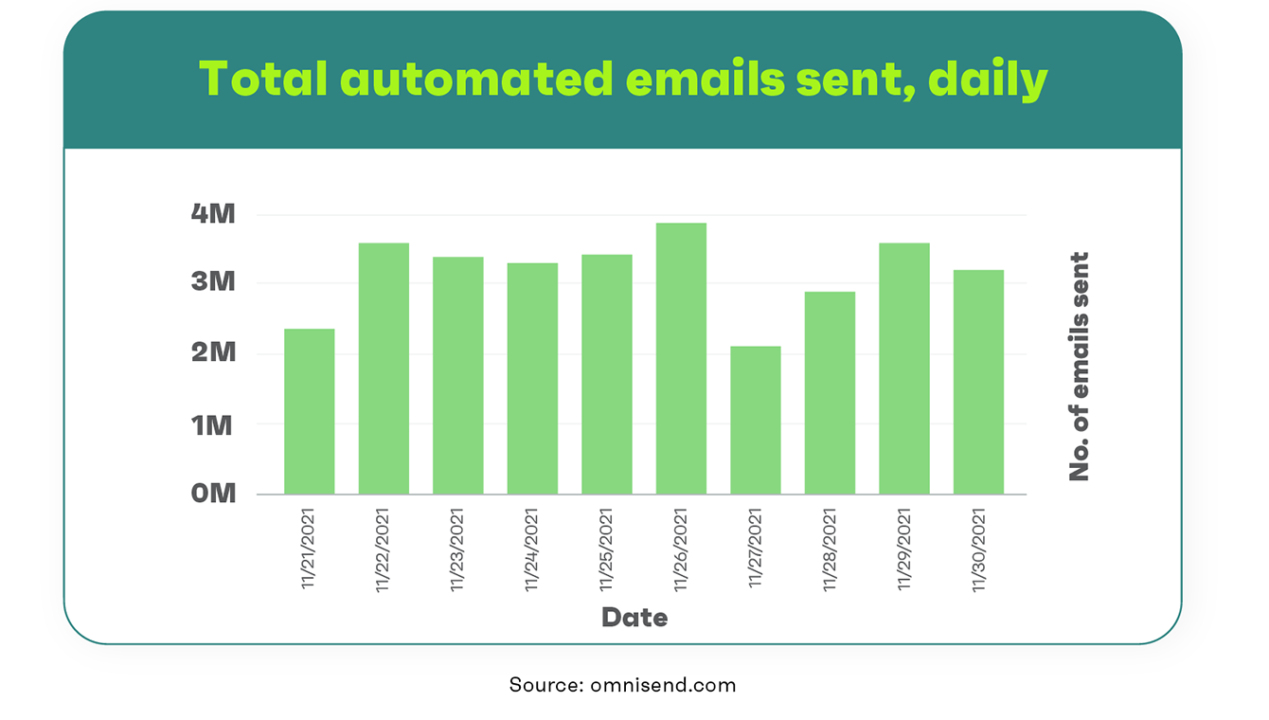 This also means that they are more likely to add an item to their cart and abandon it, hoping for a good discount, rather than signing up directly for your newsletters.

Takeaway: When looking at the behavior of “hunting” for deals (abandoning carts in the hopes of a convincing discount), we can see that customers are much more aware of BFCM promotions, and they will bounce around looking for the best deal. This, combined with the overall industry-wide trend in ecommerce, helps explain the drop in conversion rates.

Most of the promotional (one-off) SMS messages were sent on Black Friday, followed by Small Business Saturday and Cyber Monday.  In total, Omnisend merchants generated 9% more orders this year compared to 2020.

For automated SMS, we see a slightly different picture, which may look bizarre at first glance— the vast majority of triggered SMS messages were sent on Small Business Saturday: 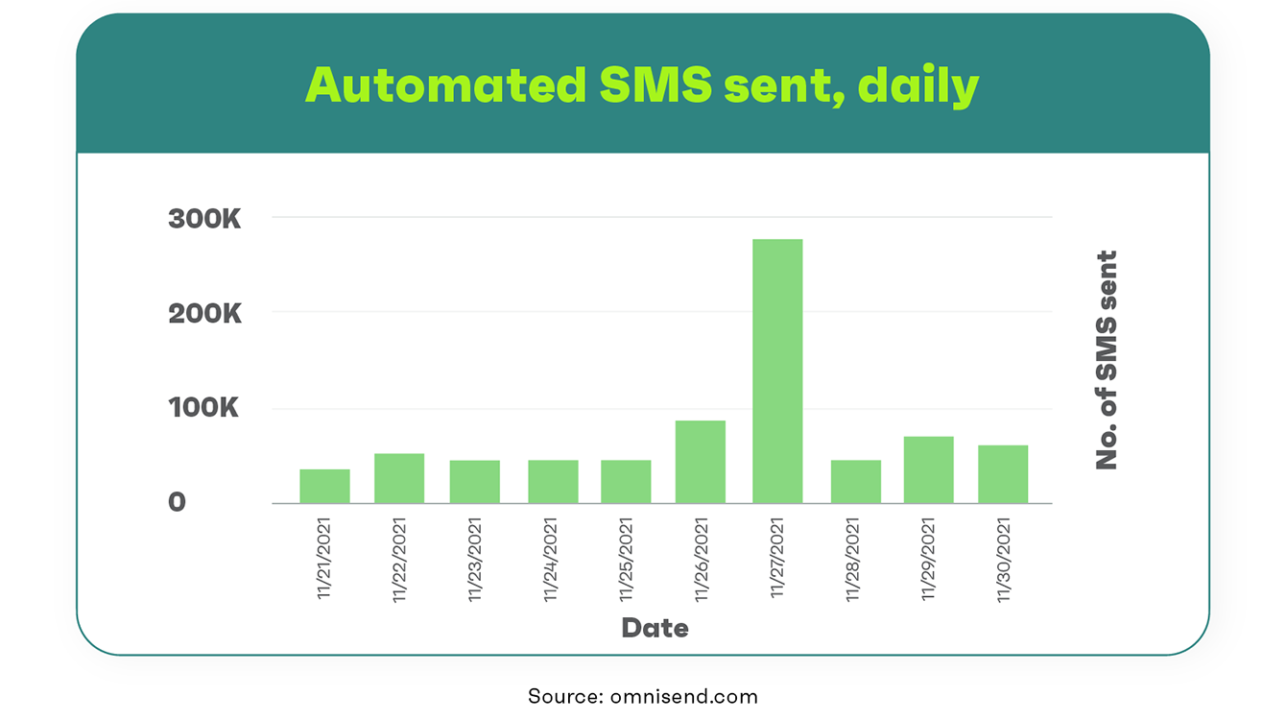 One good reason is that people receive promotional SMS promotions on Friday, they interact with the brand later that day, and receive automated SMS messages on Saturday.

When looking at conversion rates, however, we see that it’s breaking slightly from the trend set by emails:

Takeaway: simply, if you haven’t yet, you should be adding SMS to your marketing toolbox, and especially lean on SMS as part of your automation workflows. Shoppers may have been inundated with promotional messages, but those trigger-based SMS messages that they received were convincing (and timely enough) to cause them to convert more, even in this “down” year.

Push notifications get a bad rap, and of the three channels analyzed here—email, SMS, and push—it is the least popular. However, it also happens to be the most effective, with conversion rates 2.5 times higher than both email and SMS. 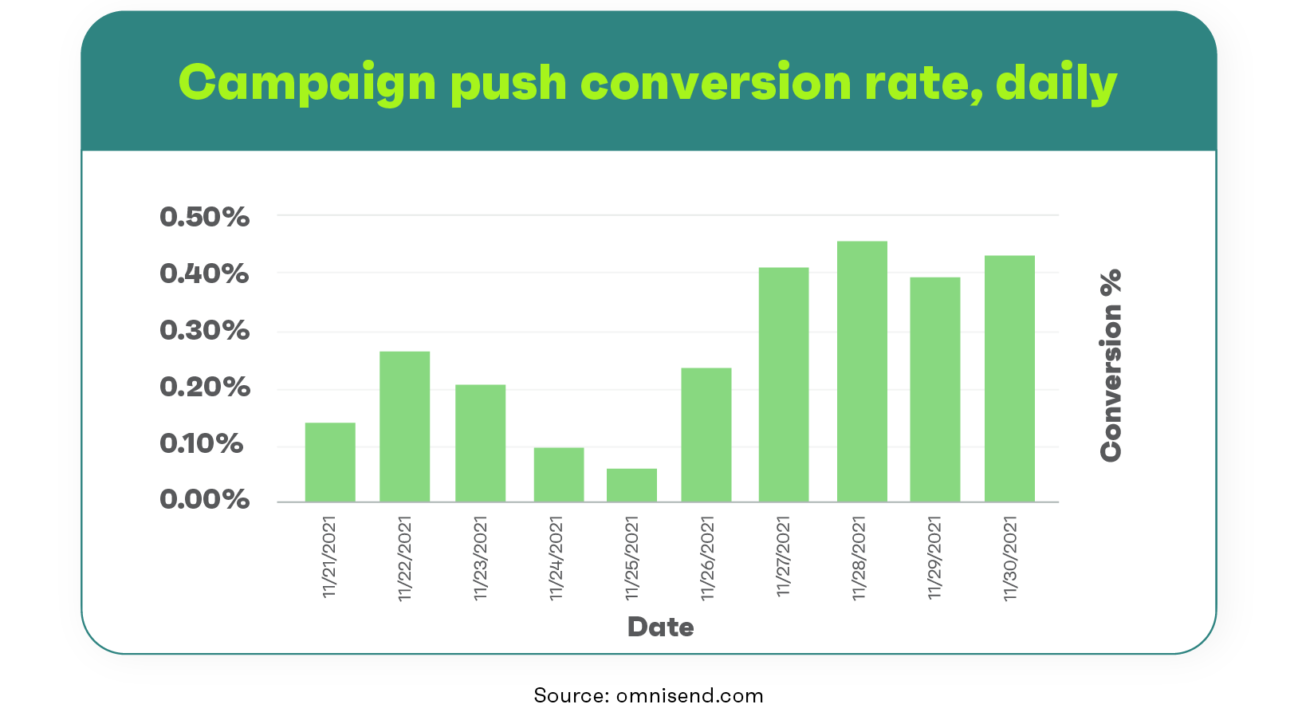 Takeaway: don’t underestimate the power of push notifications. They convert like crazy. Make sure to include them in your automated workflows so you can see the huge benefits that these merchants saw.

There are a few main insights we can take from this BFCM 2021 analysis. Primarily, Omnisend merchants (and likely all other ecommerce merchants) are not immune to the ebbs and flows of the wider industry.

Online sales (in terms of percentages) dropped for the first time this year, while absolute sales increased; i.e., this year’s overall BFCM sales were the highest ever.

For merchants, then, this means that their sales were still higher than last year, on average, and the negative is that the sales could have been higher if conversion rates remained unchanged.

We’re seeing an interesting trend of email conversion rates dropping the most, both promotional and automated. This is the most popular channel, so it may have more to do with a reflection of the change in shopping behavior this year than the possibility that it is a “worse” channel.

That being said, the fact that both SMS and push (especially push) saw only a drop in promotional messages but an increase in automated messages, means that those alternative channels are showing promising results that merchants need to explore.

Add SMS and push notifications to your automated workflows and see how these can impact your overall sales.

Bernard Meyer is the Director of Content and Research at Omnisend

Momentum Commerce Partners with Perpetua as its Primary Adtech Partner and Drives a 6X Increase in Share of Voice with Granular Targeting and Flexible Strategies.

Domo Named to Parity.org’s Best Companies for Women to…