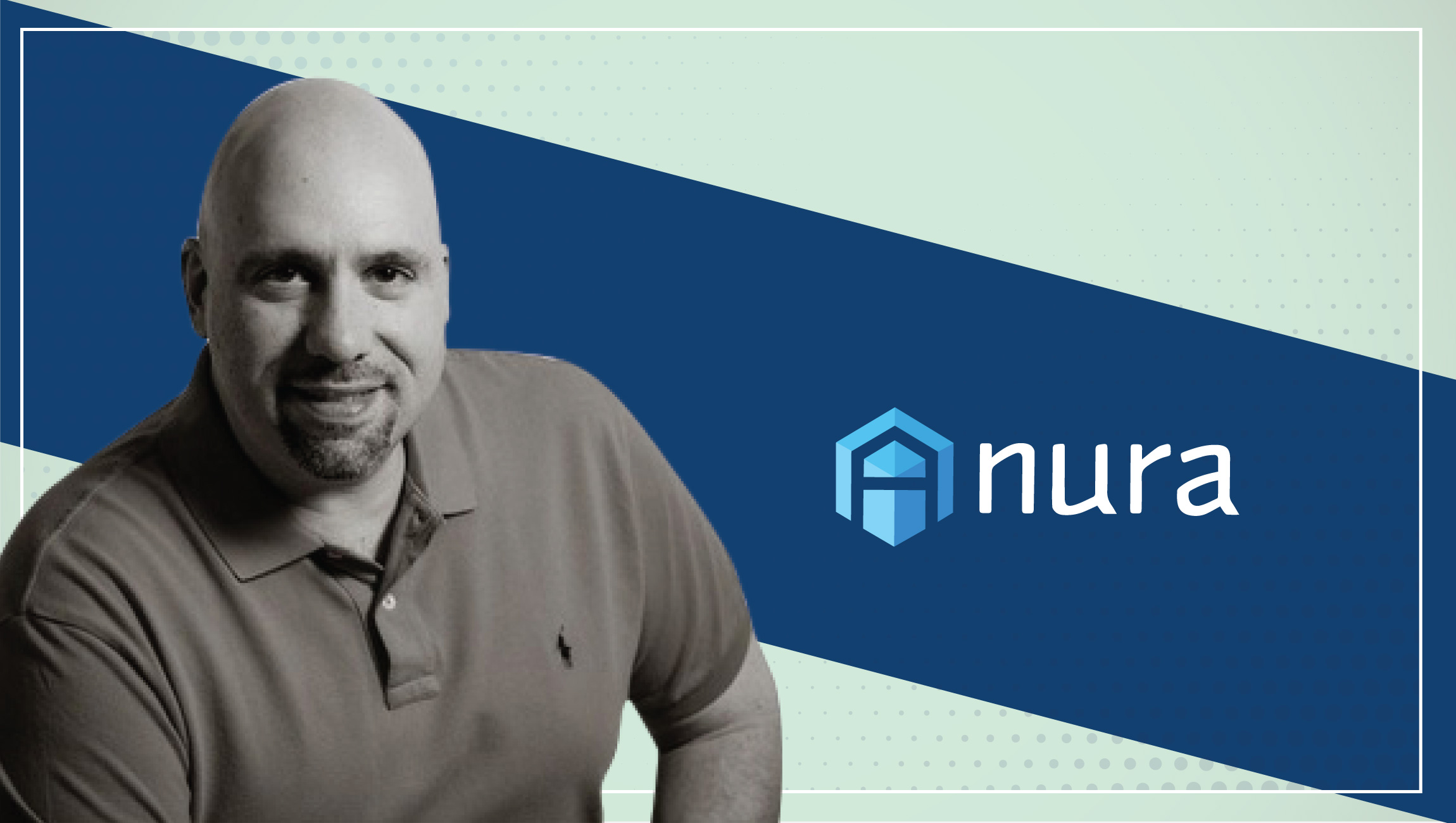 “If you have an ad fraud problem, you’re going to allocate a lot of time and money to traffic generation only to waste money, tarnish your reputation, and increase your TCPA compliance risk.”

Tell us about your role and mission to educate others on the dangers of ad fraud.

I’ve been fighting ad fraud since the late ‘90s. While at an AdTech NYC tradeshow in 2000, I woke up and told the person I was rooming with, “I think I can solve ad fraud.” I wrote a little piece of code, 69 lines of code. At the time, it was very effective in stopping ad fraud. Since then ad fraud has gotten very sophisticated, and now our code is significantly bigger and growing each week as we continue to update our detection methods.

Ad fraud is dangerous because most people don’t know they’re victims. They think their campaign didn’t perform, or worse yet, it appears to perform with bad data, but really it’s fraudulent users siphoning their marketing dollars and reducing their ROI. Our Anura blog is a great educational resource for the marketplace. We write about relevant topics and pain points that not only helps others mitigate ad fraud, but also gets our name out there as one of the industry leaders in ad fraud mitigation.

In 2019, how would you define the scope of ad fraud? How has ad fraud evolved in the last 2 years?

Ad fraud continues to get more sophisticated, as you can imagine. There’s a common belief that ad fraud is synonymous with bots and malware, which is understandable since they’ve been around for a long time. But what we’ve seen over the last two years is human fraud farms popping up. These fraud farms are doing everything from filling out forms with stolen information to filling out credit card authorization forms using stolen credit cards.

A human fraud farm is similar to a click farm, but now it’s so sophisticated it looks like real users. Scammers know how to falsify and generate clicks by aiming for the sweet spot, not too high and not too low, just enough to stay right under the radar so that a programmatic or a campaign manager doesn’t knock it out.

So, why would a fraudster fill out a form if they aren’t getting paid? Well, they are getting paid somewhere along the chain. Let’s say, they’re running display advertising and need to generate clicks to get paid. Here, it’s incentive for them to fraudulently generate clicks. It’s a way to keep their gravy train alive at the top and their payments coming in.

At Anura, which key technologies for ad fraud do you currently provide?

We offer one of the most thorough and accurate technologies in the marketplace that can spot the difference between a real user and a bot, malware, or human fraud farm. To ensure the accuracy of our model, we have more than 14 years of development and benchmarking of our algorithms against performance-based data.

Our detailed reporting dashboard gives our clients the data they need to make real decisions and ask their sources of traffic the hard questions. They have the option to surgically remove the fraud and/or to better manage their traffic sources. By using our sophisticated technology, our clients can see where the good traffic is coming from, allocating more of their budget there, and they can start removing bad traffic from their campaign buys. As fraud is removed and better quality traffic is added, our clients will see a lift in performance. This ultimately results in an increase in demand, which helps grow the company.

What are the negative effects of ad fraud? How do these impact business operations?

Ad fraud is never going to truly perform. Whether it’s viewability, clicks, or form fills, it won’t be seen by real people. If you have an ad fraud problem, you’re going to allocate a lot of time and money to traffic generation only to waste money, tarnish your reputation, and increase your TCPA compliance risk.

Tell us how Anura manages GDPR and privacy-related initiatives. Has it helped online users against ad fraud practices?

While GDPR forces companies to employ good data protection practices for collecting information, it doesn’t prevent ad fraud. If a bad actor fills out a form and checks the GDPR box, the business still records an actual human filling out that form.

Fraudsters will get around GDPR by having people filling out the forms, and the sophisticated ones will even type the information out instead of using copy and paste. So, they’ll get past all the GDPR checkboxes and recording systems, yet the information will be fraudulent.

Tell us more about your AI-Machine Learning initiatives against ad fraud.

We track billions of requests every single day, and it’s just too much for humans to go through manually. So, we built Machine Learning internally that sifts through all the data. When it finds anomalies, it raises a red flag for our engineering team. We then have human eyes run through that data in detail to find out what’s going on. From there, we can take action and develop new rules and heuristics if needed.

Do you think social media and Email Marketing campaigns have become the biggest areas of concern that expose ad fraud practices? How can marketing teams stay clear of these?

All social media platforms have fake profiles. Scammers are using these accounts to indirectly make money off other businesses. For example, buying 10,000 likes for $5 is just one way to produce revenue. But to keep the scam going, fraudsters need to keep their fake social profiles active. They’ll use tactics like viewing ads, clicking on ads, or even filling out forms to give the appearance that they are real, organic accounts and avoid appearing automated, which increases the risk of being shut down.

Unfortunately, there’s no rush to shut down these fake accounts because companies aren’t making any money directly from them. For marketing teams, they need to be vigilant against ad fraud. No matter where you buy traffic, there will be some level of fraud, Email Marketing included. Know where you’re buying your traffic from and use sources that have systems in place to eliminate fraud. Make sure you have your own tools in place to eliminate fraud because nobody cares about your marketing dollar more than you.

What books on ad fraud have you read? Would you recommend any to our audience?

I haven’t read any books on ad fraud. Books take a long time to write, edit, and produce. By the time the book is published, the information is old and has the potential to be outdated. I highly recommend reading the Anura blog for real-time news. Every week, we’re writing on the latest fraud news in the marketplace.

Which companies/ industry segments need to be better prepared against ad fraud in the future?

Performance-based companies and industries tend to get too comfortable when they’re getting conversions for leads or sales. But just because they’re getting conversions doesn’t mean fraud isn’t there. We scan companies that have as little as 10% fraud and others as much as 50% fraud. We’ve even seen over 90% fraud with one company. The average is 25% fraud, which is a quarter of marketing dollars wasted on fraud. They need to better prepare themselves because it’s only going to get worse.

If AI could provide a solution against ad fraud practices, do you think it could also harm customers?

I don’t think it does. AI is not let loose to run through systems and start knocking out stuff in real-time. For us, we use AI to help identify and sift through billions of records of data, catching new anomalies. Then our engineers go through the data, running a whole series of tests to identify whether it’s real or not. Then they update our backend systems to not harm real users. We only block users if we are 100% confident that there is no way it was a real person.

What’s next for Rich Kahn in 2019 – how do you plan to extend your expertise in the company and industry?

In 2019, I want to continue self-educating and that includes talking to clients to find out the problems that they’re having with ad fraud. My goal isn’t to focus on extending my expertise; I just really have a passion for helping companies eliminate ad fraud from their media buys. By working with clients to develop tools that will help them mitigate ad fraud, in turn, they can produce healthy ROI on their marketing budgets and grow their company.

Thank you, Rich! Hope to see you back on MarTech Series soon.

Rich is Co-Founder and CEO of eZanga.com, Inc. and ad fraud solution Anura.io. With over 25 years of experience in online advertising and ad fraud mitigation, he has been recognized as one of the most noteable security experts in the digital marketing space. He is an Ernst & Young Entrepreneur of the Year Award recipient for technology and has been named as a finalist in the American Business Awards for Best Executive of the Year.

Fortunate enough to be a serial entrepreneur, he sold his first company, an ISP, to a publicly traded organization. Shortly thereafter, he co-founded Paid for Surf, which reached $1 million in revenue within five months of operation. With its success, he co-founded eZanga.com, a digital marketing company. With a deep understanding of digital marketing strategies and tactics, they launched an internal ad fraud solution called Traffic Advisors to pre-filter our clients’ traffic. This later led to the stand-alone ad fraud platform, Anura, to tackle ad fraud in any environment.

Anura is an ad fraud protection solution that monitors your traffic to identify real users versus bots, malware, and human fraud. Built and optimized on customer conversion data since 2005, Anura excels in conversion-based campaigns, finding more fraud with greater accuracy. Their integration offers complete transparency with a full analytics dashboard to identify bad traffic by a variety of metrics.

EtherMail Raises $3M in Seed Round Funding From Top VC’s…

Wireless Microphone Market is Booming Thanks to Increasing…