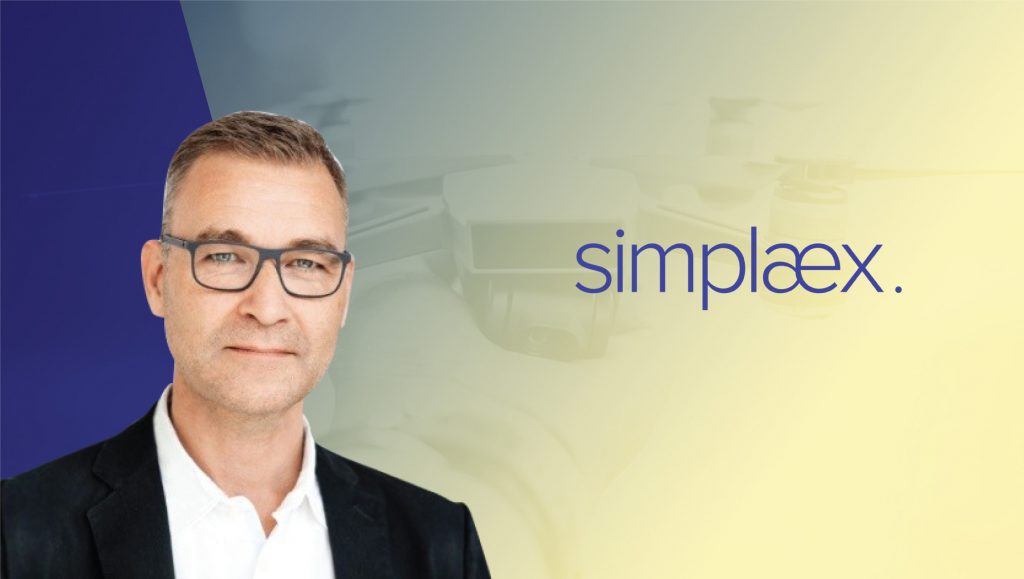 “Any change comes with challenges, such as selecting the right technology or product whilst ensuring transparency, efficiency and ROI.”

How did the idea for Simplaex come about?

You might call it destiny. Moti (co-founder/CTO) and I met each other in an Ad Tech company in Berlin in late 2014. He joined as CTO and I was hired as a troubleshooter by the advisory board. We both felt that the market would soon make another turn and thus we were challenging the company’s status and future prospects. We decided to talk to all of the company’s clients (advertisers) and were strengthened in our belief that digital advertising would fully center around the extent in which audiences can be precisely and correctly classified from both ends of the advertising supply chain. It took us an hour to convince the shareholders and before we knew it, we found ourselves in a large transformation phase as founders of a new company.

What the foundational tenets of Wallace, your Artificial Intelligence officer?

Today, 4 years after we started, we have come to a point where AI is no longer part of our value proposition. It has become our value proposition. Therefore we decided to give “him” a name: Wallace. Analogous to a human brain, Wallace acts like a central nervous system that consumes information for a large number of sensory organs, i.e. supervised and unsupervised ML-algorithms. In order to take effective real-time decisions, this Bayesian-based core makes optimal autonomous actions to adapt to changes in significant factors governing the demand and supply in the advertising market. At the same time, it keeps up to speed with dynamically evolving user behavior, constantly updating user valuation while minimizing exploration costs.

The platform is designed to give advertisers full transparency on where and when the ads are being served to the audience that is most relevant to their advertising objectives. The powerful AI classifies existing and potential users based on multiple data points and accordingly builds an understanding of their preferences and behavior. Based on the user’s interaction with the Ad and beyond (e.g. usage of the App), predictive bidding is applied to target only the most receptive audiences. This results in a highly effective media investment with maximum return.

How does Simplaex help advertisers as well as publishers?

At Simplaex, we have a fundamental belief that advertising works best when all parties win; the advertiser, the publisher and of course the consumer. In parallel, the supporting technology must assist advertisers and publishers by providing both a consistent audience insight, act media independent and offer full transparency.

This summer, Simplaex will be the first to launch such technology, enabling the supply side to sell the same way that programmatic buyers want to buy. As ads move through the programmatic supply chain, the new product aligns the ROI interests of the demand and supply side by creating a unified insight in understanding and valuing consumer behavior. It is the first of its kind to align the interests of the two sides of the ecosystem and empowers them to step beyond the control of the walled gardens.

What, according to you, are the biggest challenges that digital advertisers are facing in 2018?

In my view, advertisers will have to make a strategic choice this year to what extent they depend on Google and Facebook. The duopoly forces advertisers to pay and play by their rules for as long as viable alternatives remain absent. Yet, advertisers should not underestimate their own influence. After all, they own the wallet in this industry. And as such, they have the power to change the status quo. The open programmatic ecosystem provides them with numerous opportunities to regain a healthy marketing/channel-mix. As always, any change comes with challenges, such as selecting the right technology or product whilst ensuring transparency, efficiency and ROI. In the end, it is all about advertisers moving closer to their most valuable partners, the publishers, with a technology layer that is as thin and transparent as possible.

How does Simplaex enable in-app retargeting?

Since we serve different verticals and clients with different business models, we apply different strategies and algorithms to maximize ROAS. What all campaigns have in common is how Simplaex’s AI is evaluating the existing user base and their in-app behavior according to the lifecycle of the app. After a short period of in-app evaluation, audiences are classified according to the advertising objectives. The AI engine then sets up its initial bidding parameters and tracks the interaction between the ad and the targeted audience. What follows is a continuous AI-driven optimization to identify the most receptive audience and to serve this audience the highest converting ads across the highest converting publishers, and all within the bandwidth of what the advertiser is willing to pay per engagement.

Simplaex recently announced that they were GDPR compliant, but with keeping in mind the recent Facebook data breach, do you think AI companies are more vulnerable to data threats?

At Simplaex, we had the advantage that the German regulations were already as strict as the European GDPR. Therefore, the design of our platform and the way we have built our algorithms already considered all of the requirements that will come into effect post-GDPR. As for AI companies in general, like all data-driven companies, they will face their own specific challenges. After all, Artificial Intelligence and the protection of personal data are intertwined. For instance, Article 5 of the GDPR lists the principles relating to the processing of personal data. It namely holds that the personal data must be processed in a transparent manner in relation to the data subject. But how can Artificial Intelligence ensure transparency for the users? This, and many more issues, such as the limitation of the amount of data which can be legally processed, will need to be addressed in the design of the AI product. For many AI companies, this will be a very challenging job.

Could you tell us about a standout digital campaign of yours?

I would like to refer to our first successful programmatic campaign shortly after we started. Not many companies at that time had much experience with app retargeting. During our stay in San Francisco, we met the team at Kabam and they were willing to give it a go with one of their Marvel games. We already had some successes with earlier campaigns but had never tested our algorithms at such large scale. Armed with a precise understanding of their players and their in-game behavior, we were able to predict the likelihood of players returning to the game at various game levels. The results were beyond our customer’s expectations in terms of how many players reengaged versus the net media spend. We were thrilled that our algorithms could pass this stress-test.

Are there any startups, in the MarTech space, that you are keen on?

We’re not keen on any particular MarTech startups. We’re focused on us and a new division at Simplaex that is developing a white label solution that enables SSPs and publishers to progress from an ad unit infrastructure to an audience-based performance model, delivering exponential value to both advertisers and publishers.

Strategic. I like to focus on long(er) term success.

What apps/software/tools can’t you live without?

Scapple, a mind-mapping tool. I need something simple to quickly download my brain and to picture correlations between my thoughts and outside observations.

What is one of your smartest work-related shortcut or productivity hack?

Don’t make a to-do list and instead delegate your to do’s immediately into your calendar and reserve the necessary time to get it done.

What is on your reading list right now? How do you keep yourself informed?

It’s not a book. At the moment I am reading about a dozen online articles a day that I select based on some keywords. In particular, I am interested in the tech challenges of premium publishers and how they build a sustainable business model for the next couple of years.

“If you are going to eat shit, don’t nibble.” I received this advice long before Ben Horowitz wrote it in his book “The Hard Thing About Hard Things”, although it was not so poetically phrased.

Who’s the one person in the industry whose answers to these questions you would love to read?

The first person to come to my mind is my Simplaex Co-Founder & CTO Moti Tal!

Thank you, Jeffry! That was fun and hope to see you back on MarTech Series soon.

Jeff’s professional endeavors started in retail followed by a successful career at Sony Corporation, where he occupied key positions such as Vice President of Sony Europe and CEO of Sony Deutschland. As managing director of NewMotion Germany, he introduced the first electric vehicle infrastructure to the German market, who are now the European market leaders in electric vehicle charging.

Simplaex is the company behind the world’s most advanced Artificial Intelligence-powered user classification technology. As ads move through the programmatic supply chain, Simplaex aligns the ROI interests of the demand and supply side by creating a unified insight in understanding and valuation of consumer behavior.

45213
We store cookies on your computer to improve your experience and provide more personalized services, both on this website and on other sites. For more information about the cookies we use, see our Privacy Policy. We won't track your information when you visit our site. We will have to use at least one cookie to ensure that you won't have to make this choice again.AcceptPrivacy Policy