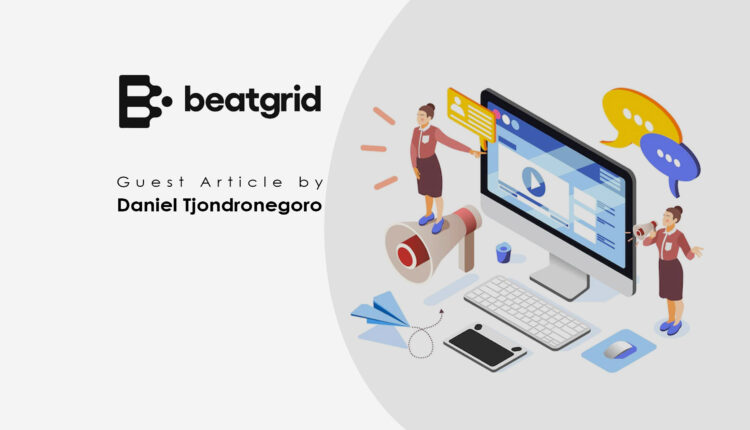 We are not first to the punch here, but Applovin wants a piece of the Unity pie. Even here in Beatgrid’s Netherlands headquarters, this story has rumbled on, and the knock-on effects across tech will be far-reaching. This is a piece of business that made us all(most) forget about the discussions of the months previous, a mooted takeover of Activision Blizzard by Microsoft (constantly flagged the world over for potential monopoly status by watchdogs, for monopoly-status potential of course). This mere $68 billion plan would see them absorb Call of Duty and the World of Warcraft. Let that sink in. The keen eye might also remember Microsoft’s other recent gaming acquisition plan last December, the data analytics side of ATnT – Xandr, you may have even started putting the pieces together too. Add to this the latest from Omnicom, going a different route to a very powerful endgame, in launching LevelUp OAC to enable brands a route into games, games are no longer the bugbear of our parents, they are a powerhouse that is very much big business.

So much like how in the world of football (soccer), where one large transfer unlocks a flurry of movements around the world’s clubs, it seems we are gearing up for a tidal wave of huge mergers, partnerships and takeovers, building on the groundwork of 2022/22, making some of those look like small fish in a huge ocean.

A change in the tide or business as usual?

Gaming studios and adtechs joining forces is nothing new, but there is a different feel to this chapter, gone are the ‘smaller’ deals of the last five years, we have made it to the majors now, and things are heating up. For a long time, dedicated gaming adtech firms have been among the most innovative in our wider industry, it is actually rare to find a development in technology at a mass-market level that didn’t start somewhere in the peripherals of mobile games or applications. Mobile has been huge for adtech as a whole, adding in the playable ads for coin/in-game currency, geolocated ads, in-stream and out-stream pre, mid, and post-roll ads, and even audio ads that sit behind the games themselves, the industry has been awash with possibilities.

Just think what it would have been like if adtech was prominent in the days of GTA (Grand Theft Auto) radio stations.

Applovin is no stranger to this, but five years ago you might have thought it conceivable for Unity to buy Applovin, a then five-year-old team with bright ideas, so how did they get here? In short, Applovin has pulled off some serious business with wise investment plays – whilst making very good technology in-house to boot.

With the gaming industry as a whole now bigger than the rest of the entertainment industries combined, there is a short window for incumbents to partner up and make the acquisitions – firstly it makes business sense, they have mastered the world of TV, print, digital, and OOH advertising, and are even getting their heads around the first-party future, leaving cookies in the past like some sort of advertising flash player, but how do they enter this ‘new’ world before they miss the boat entirely?

Secondly, if the adtech industry remains dormant around this opportunity, these game-focused boom industries will grow like the industry they are in, leading them on a collision course with today’s advertising giants; get ahead in gaming and you will do to advertising what the iPhone did to Nokia… Tech companies have been doing this for years, keeping tabs on the startups taking chunks out of their business, or starting entirely new sectors, and absorbing them into their ecosystems so deep and so well, that we forget the startup ever existed, or of course, run them on the side, borrowing the technology and playing them against each other, whilst taking profit to the next c-suite retreat.

Microsoft, leading the pack once more?

All of this brings me back to Microsoft who, as one of the top global advertisers, seems to have made a brilliant move ahead of their main competitors, at least on the martech front. Firstly, partnering with Netflix, surprising many when chosen to run the TV, Film and very soon gaming streaming behemoth’s advertising efforts – but then doubling down with Activision Blizzard. Adding one of the most popular gaming studios of the decade to its wheelhouse, on top of the excellent Xbox gaming spinout, it has the lot and sits at the front of the pack.

Microsoft’s ad network has never quite taken the plaudits or headlines like Google and Amazon, and let’s face it, Facebook knows a thing or two about running ad networks, but through these latest wins, the creators of the humble paperclip helper and the world’s most successful PC operating system, Microsoft, is back on top. The winds are changing in the advertising and adtech industries, especially for companies here in Europe, the race is now on to keep up, there is a strong argument that says Microsoft can head into the next round re-invigorated, throwing punches people didn’t know it had in it.

That, and booking flights to the retreat in Napa Valley, confident that things look pretty peachy.

Founded in 2014 and headquartered in the Netherlands, Beatgrid is a fast-growing adtech start-up that offers deduplicated single-source cross-media advertising measurement to global advertisers who want to understand where to save marketing costs and lift ad ROI. Beatgrid’s solutions use advanced passive mobile Automatic Content Recognition (ACR) technology for panel-based cross-platform measurement, combined with industry-leading geolocation tracking. With +400 campaigns across the US, UK, AU, IN, and DE, Beatgrid has established itself as a validated solution trusted by renowned organizations of the likes of Google, Star India, Lindt, Unilever, P&G, The Trade Desk, and Virgin.

Daniel Tjondronegoro has an international business background in the broadcasting and cross-media advertising industry. He is an expert in effectively converting industry problems into innovative product-to-market fit solutions. His experience expands from creating and evolving adtech products to developing long-standing commercial partnerships across the US, EMEA, and APAC.

Daniel started his career in the media and advertising industry in 2008, and in 2012 he got involved in the radio tech startup, MyRadio (the EU variant of Pandora radio). After a successful business venture at MyRadio, Daniel teamed up with Leon as a co-founder to build Beatgrid into what it is today.